GREEN FOUNDER JOSCHKA FISCHER,
GERMAN FOREIGN MINISTER
AND ONE-TIME ROOM MATE OF TERRORIST
TELLS GREENS THAT IF THEY DON'T
SUPPORT THE WAR
THEY WILL LOSE POWER IN GERMAN COALITION

ER, THEY SUPPORT THE WAR


The Green Party, the junior partner in Germany's governing coalition, has voted to accept in principle a government decision to offer military support to the United States in Afghanistan. The issue had seriously divided the party, and had threatened its future participation in the government - and ultimately the government itself.

In an impassioned plea to his party's national conference, Foreign Minister Joschka Fischer called on delegates to back the decision.

In a show of hands following a nine-hour debate at the conference in the northern town of Rostock, members overwhelmingly approved a proposal to accept Social Democrat Chancellor Gerhard Schroeder's proposed commitment of up to 3,900 troops.

A rejection would almost certainly have overturned the country's centre-left coalition.

...The issue has opened up deep divisions between the party leadership and pacifist grassroots members, who raised concerns during the debate about civilian casualties in the US bombing campaign in Afghanistan.

The Green party grew out of a 1970s peace movement that opposed the deployment of US nuclear missiles in Germany, and many left-wing members remain deeply resistant to German military action abroad.

...One opponent to the vote, leading left-wing Green lawmaker Annelie Buntenbach, said: "This war has not solved the problem of international terrorism, and it will not." 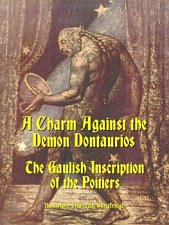