WHAT IS GOIN ON UP THERE?

Before posting the following stories about HAARP, we checked with Jerry E. Smith, the world's leading researcher into the HAARP mysteries and author of the book, Haarp : The Ultimate Weapon of the Conspiracy. We discovered that Surfing the Apocalypse had already consulted with Mr. Smith, too before posting the articles on their site. I guess we wanted to know- "Is this possible?"

My initial response was to material was satirical. She pressed me with: "From your work on HAARP info...do you feel that there is any way that HAARP could rip open these vortexes?"

To which I replied: In a word? A very reluctant, "yes."

I had a very tenuous grasp of multi-dimensional physics then and really couldn't go in to it. I know only a smidgeon more now. I was pointing and laughing [my first comments on this posting] not so much at the idea, but at the presentation which was crappy, even for Weekly World News. I don't really feel competent to dive into a discussion of hyperdimensional physics, and the math is utterly beyond me.

It is possible, maybe even probable, that we live in a universe with far more than the conventionally accepted 4 dimensions. There is a considerable volume of material on the kind of havoc that could be wrecked on other dimensions intentionally or unintentionally by EMR and nuclear weapons.

That's really about all I can say on this. Look into the works of Tom Bearden and Bruce Cathie. (see listing below or click here)

"What is HAARP? HAARP stands for High-frequency Active Auroral Research Program. The name and its location is about all we know for sure. HAARP is probably a Star Wars weapons system coming on line. Star Wars, Ronald Reagan's SDI, was defunded by Congress, who told the military to discontinue this line of research. Congressional wishes didn't stop Ollie North and, it seems, didn't stop SDI either. What's more, HAARP is a weapon that you and I stand in the cross-hairs of. HAARP will effect you -- and me. You can say I am writing from "enlightened self-interest." I don't want to be a down-winder of this thing -- which we will all be. I need your help to bring HAARP under control."- Jerry E. Smith

THE FOLLOWING WAS POSTED TO THE SURFING THE APOCALYPSE MAILING LIST.
DUE TO PRIVACY CONCERNS THE EMAIL ADDRESS OF THE SENDER HAS BEEN REMOVED.
THE TEXT OF THIS POSTING IS UNEDITED.
CAVEAT LECTOR

ALSO: -- Sun's Life Decreased by 50% After Hit by Fed's Projectiles

A respected and credible source has relayed the following urgent information to Top View.

Federal government-intelligence-military agencies and factions -- each acting pretty much on their own and without any accountability to higher authorities or much cooperation among themselves -- are deploying any and all systems and high-level technologies available to them, in an all-out, panicked free-for-all; in attempts to somehow or other PREVENT what they believe is a near-CERTAIN global POLAR SHIFT, likely to occur in mid-April of this year.

HAARP transmissions are being cranked up to previously unknown and untested levels, along with a number of other technologies and systems; in an effort to manipulate the earth's magnetic field sufficiently to block the pole shift from taking place. Good luck. What will be will be: but it seems more than possible all this MASSIVE and unprecedented monkeying around with the Earth, the ionosphere, the lithosphere (earthquakes, anyone??) and all the rest our FedGov is engaged in could be just as likely to devastate life on this planet.

Massively vast weather-control operations are also being carried out.

Credible reports indicate that the amping-up of HAARP has generated a situation much like that which occurred in April, 1998, as was made public by NewsHawk shortly afterward in our 1998 report on HAARP entitled "HAARP'S Covert Agendas: The Big Picture."

At that time, a critical situation ensued when top-secret, ultra-powerful HAARP transmissions powered by Proteus particle accelerators went haywire and ripped open "portals" or vortexes in our time-space continuum: vortexes which reportedly allowed creatures from either other dimensions or other time frames of THIS dimension to enter into OUR world, here and now. As wild as this sounds, sober and credible sources indicate it is completely true.

On another topic: our source also informed us that these lunatics in our federal government and military are directly responsible for SERIOUSLY DAMAGING our SUN.

Deranged, demonic experiments which culminated three years ago when projectiles (assumedly carrying nuclear payloads) aimed at the Sun by said psychopathic federal government agencies reached and hit the Sun. The end result of these horrifically SATANIC experiments, which "SUPPOSEDLY" were carried out in furtherance of some insane scheme to increase the Sun's brightness, had the end result of SHORTENING THE LIFE of our Sun by some FIFTY PERCENT: from approximately 50,000,000+ years down to perhaps 25,000,000 years.

The countless generations of human beings and other life forms that will apparently NOT be able to exist on this planet in the future as a result of the MADNESS hereby take the opportunity (through me) to THANK these unspeakably SICK vermin for what they've done.

About all their mad schemes will probably do is MAKE THINGS MUCH, MUCH WORSE!!

A final note: indications are that the "every-agency-for-itself" madness which is now going on with regard to panicked attempts to alter the course of planetary events has gotten SO out of hand that Gee Dub himself has decided to descend upon BROOKHAVEN LABS on Long Island with a contingent of troops and shut them down completely.

According to information published in NewsHawk over the past 2-3 years, Brookhaven Labs is a MAJOR -- though COVERT -- HAARP operations center, in which particle accelerator-powered HAARP transmitters are engaged in some of the very operations responsible for the "time rifts" and "portals" torn into the continuum and other conditions (weather, etc.) noted previously.

Another view: (Trying to) Prevent Pole Shift With HAARP NOT A Bad Idea

No sooner did our "intel update" chronicling some of the government's recent misadventures with HAARP go out, then we were contacted by a different source, who also has not inconsiderable "intel" connections, and who was very particular about making the following points to us.

As we do strive to present differing points of view on issues when such are available, here it is.

Our caller feels that it's NOT reprehensible for the FedGov to use HAARP or any other technology at their command in an attempt to either prevent or mitigate what MANY in the inner circles of power believe is almost certain to be a shift of the Earth's poles, probably to occur in less than two months.

He feels that we shouldn't criticize the Feds for these endeavors -- however selfishly motivated they may be -- because it's reasonable to try by just about any means to prevent the immeasurably severe impact such an event would have on the human race, if there is some chance of success. (And that last point is just the trouble, in our view. However...)

Such a reversal of the Earth's poles has occurred before, and it's a safe bet to say that the planet will get a face lift of some magnitude from such a occurrence.

No matter WHAT any of US think or feel about the matter, the fact is that HAARP and other technologies ARE being currently deployed in an effort to halt any upcoming polar shift.

This extremely high-powered HAARP activity reportedly opened up a dimensional rift along the Eastern seaboard of the United States at approximately 2:30 AM, Saturday, March 4. Those who "know" these facts will know that "we" know them, too.

And may God help us all.

Source:
SURFING THE APOCALYPSE
It is probable that updates may appear on this site. 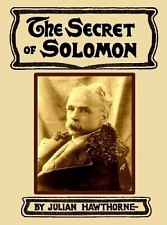 Back to the Extra-Global Menu
Back to News Archive Menu