'SEEDS OF FIRE' HAS
"EXPLOSIVE IMPLICATIONS"

United Press International has alerted the world's media that Seeds of Fire - already a runaway Internet bestseller - has explosive implications for U.S. relations with Israel.

Written by award-winning former foreign correspondent Gordon Thomas, Seeds of Fire: China and the Story Behind the Attack on America ($25.95, Dandelion Books) is available, at www.dandelionbooks.com.

Said UPI: "Former (and probably next) Israeli Prime Minister Benjamin Netanyahu, scheduled to be in Washington this weekend for a Conservative conference, will be lobbying hard for Pollard and wants to take up the matter in person with President Bush."

Seeds of Fire contains the full, untold story of the role played by Pollard in the biggest-ever theft of U.S. defense secrets. (See attached backgrounder.)

UPI states that, as a result of the startling evidence published in Seeds of Fire, it is now "unlikely" that Pollard will be freed.

It is not only UPI that has recognized the importance of Seeds of Fire.

Hours after it was published, the CIA confirmed that key documents in the book - secret briefing papers by the agency on the threat China poses - were accurate.

The CIA then published the secret documents already revealed in Seeds of Fire.

But Seeds of Fire contains many more documents that have yet to be published.

UPI praises Thomas as the author of the acclaimed history of the Mossad - Gideon's Spies. Seeds of Fire is also the result of careful research leading to "explosive" implications and conclusions.


BACKGROUND TO THE POLLARD CASE IN SEEDS OF FIRE

Seeds of Fire: China and the Story Behind the Attack on America reveals why Pollard was sentenced to die in prison after he had been found guilty of being the greatest traitor in the history of the United States.

Seeds of Fire shows how, compared to Pollard, the damage done to U.S. security by others spying against the U.S. pales in significance.

Pollard was a civilian senior analyst in the most secret Field Operational Intelligence office in Suitland, Maryland. The post required top security clearance because Pollard had access to highly classified files in the entire U.S. intelligence community.

Seeds of Fire documents how a powerful lobby within the United States has lobbied to have Pollard freed. It names the lobbyists. They are headed by Harvard Law School Professor, Alan M. Dershowitz, once Pollard's attorney.

Seeds of Fire quotes the attorney thus: "There is nothing in Pollard's conviction to suggest that he had compromised the nation's intelligence-gathering capabilities or betrayed worldwide intelligence data."

Backed by such powerful sources, Israel has now begun a new campaign to persuade the Bush Administration to set Pollard free.

But CIA Director, George Tenet, as Seeds of Fire reveals, is leading the opposition to such a move.

Tenet is not the only one who has joined in the battle over Pollard's future. Four retired U.S. admirals, one who had served as a director of U.S. Naval Intelligence, have circulated a paper within the Washington intelligence community that bluntly states Pollard's release would not only be "irresponsible to the highest degree, but also a victory for the clever public relations campaign waged for the worst traitor this country has had."

So far such trenchant views have remained within the intelligence community, but a number of senior members of the CIA, FBI and other agencies who were involved in assessing the damage Pollard did, have begun to say they will go public on what they know the extent of that damage to be.

Though reluctant to be named "for the moment," one FBI agent told Gordon Thomas: "Pollard stole every worthwhile intelligence secret we had. We are still trying to recover from what he did. We have had to withdraw dozens of agents in place in the former Soviet Union, in the Middle East, South Africa and friendly nations like Britain, France and Germany. The American public just don't know the full extent of what he did."

Ironically, Pollard in his youth had made no secret of his support for Israel. The youngest son of an award-winning microbiologist, his family and friends have described his near obsession with "the power of Mossad." At Stanford University he said he was "waiting for the day when Israel will call upon me." Nobody took him seriously; many thought he was a fantasist. For that reason the CIA rejected his job application, dismissing him as a "blabbermouth."

But the agency also saw that he had an extraordinary gift as an analyst. This talent allowed Naval Intelligence to overlook his other faults.

His former chief, David Muller, admitted "despite his stories about his visits to Israel when he claimed to have met with Mossad, he was a genius when it came to breaking down complex data. He was a one-off in every sense of the word. With hindsight we all should have listened to the alarm bells ringing. Pollard had a drug habit. He had huge debts. He lived well above his salary. In every sense he was a prime target for a foreign intelligence service to recruit."

No other U.S. spy in modern intelligence has generated such controversy as Jonathan Pollard. Now forty-seven years of age and incarcerated in a maximum security jail supposedly for the rest of his life, no one publicly still knows the full extent of the damage he did after he was recruited in November 1984 to spy for Israel.

The man who did the recruiting was Rafi Eitan, Mossad's legendary spymaster who captured Adolf Eichmann. Pollard was to be an even greater triumph for Eitan and Israel.

Eitan is one of the few who knows the full extent of the top-secret materials Pollard passed over. But within the Israeli intelligence community it is accepted that Pollard also provided a clear picture of U.S. intelligence gathering methods in the Middle East.

For over eleven months Pollard had raped U.S. intelligence. His trial was told, "Over 360 cubic feet of paper was transmitted to Israel."

Yitzhak Shamir, then Israeli's prime minister, had personally approved the recruiting of Pollard.

Pollard was arrested on November 21, 1986, outside the Israeli embassy in Washington. He elected to plea-bargain rather than face a full trial. The U.S. government agreed with alacrity: no state secrets would have to be revealed, especially about the extent of Israeli espionage.

After the plea bargain, the Justice Department supplied the court with a sworn declaration signed by Caspar W. Weinberger, the Secretary of Defence, which detailed by categories some of the intelligence systems that had been compromised.

In prison Pollard divorced his first wife, Anne (who had been sentenced to five years imprisonment for being his accomplice) and converted to Orthodox Judaism. In 1994 he married, in prison, a Toronto schoolteacher named Elaine Zeitz. Esther Pollard, as she was from then on known, became the spearhead of the campaign to have her husband freed. Now she has been enjoined by Benyamin Netanyahu.

"Much of what he knows is still in his head. And some of what he stole is still in use by us," Seeds of Fire reveals. "The reason the key was thrown away to his cell is because until he died he would be useful to Israel. They would just have to show him something and he would know how to extrapolate from it. A man like that doesn't lose his touch because he is locked away.

Yet the lobbyists are now arguing that Pollard has to be seen within the context of the "big picture" in the Middle East, says Gordon Thomas.

A former FBI officer who had been involved in tracking Pollard told the author he would have no objection to a deal over Pollard "providing Israel listed everything Pollard had stolen and what they have done with the materials in terms of all their friends in Beijing."

He conceded that such a hope was forlorn. Far more realistic he thought, was that one day soon Jonathan Pollard might yet get to use the Israeli passport that spymaster Rafi Eitan had provided him. Certainly the old spymaster is more than ready to welcome Pollard to Israel. "It would be really nice to see Jonathan again and discuss old times," Eitan has told Gordon Thomas.

The full untold story of Pollard, Eitan and Israel's secret operations in the United States are documented in Seeds of Fire: China and the Story Behind the Attack on America, by Gordon Thomas, ISBN 1893302547, Dandelion Books; Paperback; 524 pages; large number of official documents; $25.95. 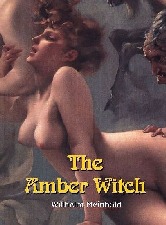