Next! The GM fish threat/attack by the NWO on the world's proletariat!

The UK ( Corporate) Labour Government is backing , the development of GM fish with additional funds coming from the "NWO" European Commission! The carp and tilapia, normally found in Asia , are the first fish to be "experimented" with in this GM research, but future plans are to incorporate many other species including salmon and cod!

The Stirling and Southampton universities in the UK will create fast growing GM developed hybrids of the tilapia with controversial techniques used by a US company in it's genetic research into bigger and faster growing salmon!

UK based GM Watchdog organisations are extremely concerned at the latest assault against our food resources!

Catastrophes such as BSE, foot and mouth, food irradiation are sent to plague us and now one of the remaining "clean" sources for our food supplies is under threat from the government backed e'litest Multi-national Corporations , involved in genetic research!

We are confronted from every angle by so-called experts who declare that their new techniques in GM food development are for the benefit of mankind and specifically for the world's poor!

What a load of rubbish! Does anyone really believe this!

These huge corporations care nothing for the poor in Asia , Africa or South America! The world's poor have no purchasing power , a fact underlined recently when the huge corporations who manufacture the AIDS medicines tried to stop South African doctors importing cheaper supplies from Thailand, through the S African courts!

Monsanto, the boggy-man of corporate USA with it's nazi connections, has also been active in Ireland into the development of GM sugar beet on sites in the beet heartland of County Carlow! Anti GM food activists tried to halt Monsanto's experiments in Co Carlow a few years ago by uprooting it's GM beet crops but Monsanto has Irish Government backing and with the help of the Irish "Corporate" press, they received the usual trashing , being portrayed as "the lunatic Greens" who were trying to stop high tech progress which was for mankind's own benefit!

One of Monsanto's spokespersons has already declared that it has the technology to destroy the world's population!

Many people believe that this new technology is now being put into practice and we are now experiencing the beginning of a global catastrophe which has been instigated by the corporate /Illuminati /Satanist e'lite!

As for England's so-called Labour Party and Tony Blair, he is no more than the yes-man/poodle for corporate USA and the CIA!

The name "Labour" Party is a misnomer in Britain today because the leading figures in this party are no longer representative of Britain's working classes ! The British Labour Party can be likened to the US Democrats who are also controlled and supported by the large USA corporations and their leaders are carefully selected and nurtured to follow the policies lead down by the unseen figures who REALLY control everything!

So the average guy, the nine to five, the working classes have no input whatsoever into decisions which are supposedly made for his or her benefit! 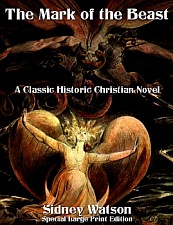