The Euro, the facts.

On January 1 of 1999 a new currency was initiated among EU member nations called the Euro. That currency has taken affect as of January 1 2002. The populations of the 12 member nations that use the Euro, which is replacing the existing currencies of the nations, think that in implementing this currency they are helping unity and peace to their nations.

If anything the Euro will only create more control of the populations. Here are the facts. First, a gradual phasing out of existing currencies in Euro nations will take place. The Netherlands will have demonetized the Guilder by January 28, Ireland the Punt on February 9, France the Franc on February 17, and Austria, Belgium, Finland, Germany, Greece, Italy, Luxembourg, Portugal, and Spain the Schilling, Franc, Marrka, Mark, Drachma, Lira, Franc, Escudo, and Peseta on February 28. The nations of San Marino and the Vatican City will be using the Euro as their currency.

Sweden will also adopt the Euro in 2005 if its performance is favorable and Tony Blair has already made plans to adopt the Euro in Great Britain. Much of Eastern Europe has applied for EU admission and there is no doubt that their applications for membership will be accepted. This may seem good, however it will cause tensions with Russia, looking to reacquire EU applicants Estonia, Latvia, and Lithuania.

The Euro will also cause tensions in Yugoslavia since the Yugoslav Republic of Montenegro replaced the Yugoslav Dinar with the German Mark years ago as it’s currency and with the Mark being demonetized the Euro will be the new Montenegrin currency. Divisions are already apparent among Euro nation populations, half of whom do not want the Euro. And if Great Britain adopts the Euro a power struggle would likely take place between the Windsors and the Habsburgs, the latter responsible for the Euro. The Euro is the brainchild of Dr. Otto von Habsburg, heir to the Habsburg titles and head of the Habsburg family. He has been a behind the scenes driving force in the EU, EEC, and has spearheaded the Pan-European union.

The Habsburgs, with him as their head, are also the ones with the most to benefit from the Euro. With their manipulating the aforementioned groups their power will expand. They also control the Royal Austrian Mint, producer of the Austrian Gold Corona, Ducat, and Florin as well as the Silver Thaler, the most respected restrike bullion issues in the world. The Mint also produces the Vienna Philharmonic Gold coins. These coins have the purest Gold content of any world Gold coin and until February 28 2002 the Philharmonics will have the highest face value of any Gold bullion coin.

What the denominations will be after that date will yet to be determined but if their face value still is the highest in the world we will know the House of Habsburg is seeing to it that the Philharmonic is still tops. If you want to question the power of the Philharmonic look at the low prominence the British Gold Britannia and Sovereign and Netherlands Gold Ducat, it’s European rivals, have, the British issues among the most easily counterfeited Gold coins in the world, along with the American Eagle, Canadian Maple Leaf and Mexican Peso, the Netherlands issues little more than Gold collector’s items. Also with the Krugerrand having a low Gold purity and the Russian Bolshoi issues rarely on the market the only competition the Philharmonic faces is from the Australian Nugget, Chinese Panda, and Malaysian Ringitt.

If the Philharmonic has a face value in Euros it will initiate a face down with China, the only nation to capitalize on the March 2001 Gold crisis which has made a change in it’s bullion issues that can cause easy counterfeiting. And a Euro face value on the Philharmonic will eventually dominate, if not become the standard, of Gold finance. The Euro coins and notes, particularly those in circulation in Germany and Italy, also may be used to spread diseases. Consider this; a German armored truck carrying Euro notes worth 2.7 million in exchange to the Mark was robbed near Frankfurt on September 7 2001.

The theft is being blamed on a Muslims with the ringleader named Halil Yurtserver. On September 24 a cash depository in Bari Italy was robbed by Kalashnikov wielding thieves who stole $4.16 million worth of Euro coins, the police being thwarted by the depository’s own security devices. The coin theft was initially blamed on La Mafia but Arabs were later blamed.

The media in Eastern Europe is also spreading rumors of a Euro counterfeiting ring in Bulgaria being backed by the Russian Mafiya. Obviously these rumors are being spread to shift blame to convenient scapegoats if diseases are spread via the Euro. Just what the world needs, a means of unity that will create control. 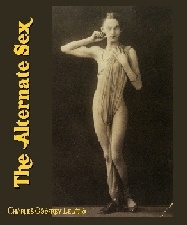