WHY ARE THE POOREST
COUNTRIES IN THE WORLD
ALWAYS THE TARGET FOR "WESTERN" CONDEMNATION
AND MILITARY ACTION?

"From generation to generation, people don't have enough food to eat," Catherine Bertini, the agency's executive director, said at a news briefing, where she distributed a map calling attention to "hot spots" where hunger is most severe. The map identifies large swathes of territory in sub-Saharan Africa and Asia where tens of millions of people, most of them women and children, cannot get enough to eat.

"The combination of poverty and disaster causes people to have even less possibility to build resources to end their hunger," Ms. Bertini said.

The World Food Program defines hunger as a condition in which people fail to get enough food to provide the nutrients for active, healthy lives. Those who are considered undernourished subsist on 1,800 calories a day or less. The figure of 2,100 calories is generally recommended to sustain an average adult.

Although the data the program uses was collected for 1995 to 1997, officials said that their research shows that the scope of the problem has not improved, and in some places is getting worse.

Of the 830 million undernourished people, the report says, 791 million live in developing countries. The food agency said that 200 million are children under age 5 who are underweight for lack of food.

In more than 20 countries, hunger has been compounded by drought, which the agency said has affected 100 million people within the last year. The agency helped feed 16 million people hit by drought last year, compared with 3 million in 1996. In other areas, internal unrest has made it harder, if not impossible, to grow crops and get them to market.

"We've seen an alarming trend where the poorest nations are hit simultaneously by both natural and man-made emergencies, including in Sudan, Ethiopia, Eritrea, Indonesia, Afghanistan, Sierra Leone, Guinea and Tajikistan," Ms. Bertini said. "Unfortunately, we see a potential for that to continue or even increase in 2001."

In Asia the number of undernourished people is 525 million, or 17 percent of the population, with the worst hunger found in North Korea, Mongolia, Cambodia and Bangladesh.

In Latin America and the Caribbean, 53 million people, or 11 percent of the population, lack enough food, with the worst conditions in Haiti, Nicaragua, Bolivia and Honduras.

Elsewhere, one of the countries with the greatest problem is Afghanistan, which is ravaged by civil war as well as the worst drought in decades.

Asked about Iraq, which has suffered from United Nations economic sanctions imposed after its invasion of Kuwait in 1990, Ms. Bertini said that 15 percent of Iraqis were malnourished. "Poor children under 5 are the people most at risk in Iraq," she said.

Ms. Bertini said that while conditions have improved in some countries — like Bosnia, Namibia and Botswana — they have deteriorated in others, like Afghanistan. In Eastern Europe and the countries of the former Soviet Union, the transition from Communism to a free-market economy has caused suffering for people who cannot afford to eat properly.

The World Food Program reported feeding 89 million people last year, including refugees uprooted by wars and natural disasters. The food agency, based in Rome, operates in more than 80 countries.

Ms. Bertini said that countries struggling to overcome hunger need not only food but also water drilling and purification equipment and better sanitation and agricultural systems. In sub-Saharan African, progress has also been impeded by heavy government debt burdens, insufficient funding for health and education and the AIDS pandemic. 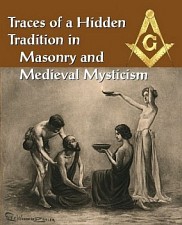