Johannesburg - In the history of painting one can sometimes find strange prophecies: prophecies that were not intended as such by the painter. It is almost as if the visible by itself can have its own nightmares. For example, in Breughel's Triumph of Death, painted in the 1560s and now in the Prado museum, there is already a terrible prophecy of the Nazi extermination camps.

Most specific prophecies are bound to be bad, for, throughout history, there are always new terrors. Even if some of the terrors disappear, there are no new happinesses - happiness is always the old one. It is the modes of struggle for this happiness that change. Half a century before Breughel, Hieronymus Bosch painted his Millennium Triptych. The left-hand panel shows Adam and Eve in Paradise, the large central panel describes the Garden of Earthly Delights, and the right-hand panel depicts hell. And this hell has become a strange prophecy of the mental climate imposed on the world, at the end of our century, by globalisation and the new economic order.

Let me try to explain how. It has little to do with the symbolism employed in the painting. Bosch's symbols probably came from the secret, proverbial, heretical language of certain 15th-century millennial sects, who believed that, if evil could be overcome, it was possible to build heaven on earth. Many essays have been written about the allegories to be found in his work. Yet if Bosch's vision of hell is prophetic, the prophecy is not so much in the details - haunting and grotesque as they are - as in the whole. Or, to put it another way, in what constitutes the space of hell.

There is no horizon there. There is no continuity between actions, there are no pauses, no paths, no pattern, no past and no future. There is only the clamour of the disparate, fragmentary present. Everywhere there are surprises and sensations, yet nowhere is there any outcome. Nothing flows through: everything interrupts. There is a kind of spatial delirium.

Compare this space to what one sees in the average publicity slot, or in a typical CNN news bulletin, or any mass- media commentary. There is a comparable incoherence, a comparable wilderness of separate excitements, a similar frenzy.

Bosch's prophecy was of the world-picture that is communicated to us today by the media under the impact of globalisation, with its delinquent need to sell incessantly. Both are like a puzzle whose wretched pieces do not fit together.

And this was precisely the phrase that the Zapatista leader Subcomandante Marcos used in an open letter about the new world order. He was writing from the Chiapas, south-east Mexico, where he leads insurgents fighting for liberation from the Mexican state. He sees the planet today as the battlefield of a fourth world war. (The third was the so-called cold war.) The aim of the belligerents is the conquest of the entire world through the market. The arsenals are financial; there are nevertheless millions of people being maimed or killed every moment.

The aim of those waging the war is to rule the world from new, abstract power centres - megalopolises of the market, which will be subject to no control except that of the logic of investment. "Thanks to computers and the technological revolution," he writes, "the financial markets, operating from their offices and answerable to nobody but themselves, have been imposing their laws and world-view on the planet as whole. Globalisation is merely the totalitarian extension of the logic of the finance markets to all aspects of life." Meanwhile, nine-tenths of the women and men on the planet live with the jagged pieces which do not fit.

"What we have here is a puzzle," writes Marcos. "When we attempt to put its pieces together in order to arrive at an understanding of today's world, we find that a lot of the pieces are missing. Still, we can make a start with seven of them, in the hope that this conflict will not end with the destruction of humanity. Seven pieces to draw, colour in, cut out and put together with others, in order to try to solve this global puzzle." So vividly does this recall the jaggedness in Bosch's panel that I half expect to find there these seven pieces.

The first piece Marcos names has the shape of a dollar sign and is green. The piece consists of the new concentration of global wealth in fewer and fewer hands and the unprecedented extension of hopeless poverties.

The second piece is triangular and consists of a lie. The new order claims to rationalise and modernise production and human endeavour. In reality, it is a return to the barbarism of the beginnings of the industrial revolution, with the important difference that the barbarism is unchecked by any opposing ethical consideration or principle. The new order is fanatical and totalitarian. (Within its own system there are no appeals. Its totalitarianism does not concern politics - which, by its reckoning, have been superseded - but global monetary control.) Consider the children - 100-million in the world live in the street; 200-million are engaged in the global labour force.

The third piece is round like a vicious circle. It consists of enforced emigration. The more enterprising of those who have nothing try to emigrate to survive. Yet the new order works night and day according to the principle that anybody who does not produce, who does not consume, and who has no money to put into a bank, is redundant. So the emigrants, the landless, the homeless are treated as the waste matter of the system: to be eliminated.

The fourth piece is rectangular like a mirror. It consists of an ongoing exchange between the commercial banks and the world racketeers, for crime, too, has been globalised.

The fifth piece is more or less a pentagon. It consists of physical repression. The nation states under the new order have lost their economic independence, their political initiative and their sovereignty (the new rhetoric of most politicians is an attempt to disguise their political, as distinct from civic or repressive, powerlessness). The new task of the nation states is to manage what is allotted to them, to protect the interests of the market's mega-enterprises and, above all, to control and police the redundant.

The sixth piece is in the shape of a scribble and consists of breakages. On the one hand, the new order does away with frontiers and distances by the instantaneous telecommunication of exchanges and deals, by obligatory free- trade zones (such as the North American Free Trade Association) and by the imposition everywhere of the single unquestionable law of the market; and, on the other hand, it provokes fragmentation and the proliferation of frontiers by its undermining of the nation state - for example, the former Soviet Union, Yugoslavia, and so on. "A world of broken mirrors," writes Marcos, "reflecting the useless unity of the neo- liberal puzzle."

The seventh piece of the puzzle has the shape of a pocket, and consists of all the various pockets of resistance against the new order that are developing across the globe. The Zapatistas in southeast Mexico are one such pocket. Others, in different circumstances, have not necessarily chosen armed resistance. The many pockets do not have a common political programme as such. How could they, existing as they do in the broken puzzle? Yet their heterogeneity may be a promise. What they have in common is their defence of the redundant, the next- to-be-eliminated, and their belief that the fourth world war is a crime against humanity.

The seven pieces will never fit together to make any sense. This lack of sense, this absurdity, is endemic to the new order. As Bosch foresaw in his vision of hell, there is no horizon. The world is burning. Every figure is trying to survive by concentrating on his own immediate need and survival. Claustrophobia, at its most extreme, is not caused by overcrowding, but by the lack of any continuity existing between one action and the next which is close enough to be touching it. It is this which is hell.

The culture in which we live is perhaps the most claustrophobic that has ever existed; in the culture of globalisation, as in Bosch's hell, there is no glimpse of an elsewhere or an otherwise. The given is a prison. And faced with such reductionism, human intelligence is reduced to greed.

What the painting by Bosch does is remind us - if prophecies can be called reminders -that the first step towards building an alternative world has to be a refusal of the world-picture implanted in our minds and all the false promises used everywhere to justify and idealise the delinquent and insatiable need to sell. Another space is vitally necessary.

First, a horizon has to be discovered. And for this we have to refind hope - against all the odds of what the new order pretends and perpetrates.

Hope, however, is an act of faith and has to be sustained by other concrete actions. For example, the action of approach, of measuring distances and walking towards. This will lead to collaborations that deny discontinuity. The act of resistance means not only refusing to accept the absurdity of the world-picture offered us, but denouncing it. And when hell is denounced from within, it ceases to be hell.

In pockets of resistance as they exist today, the other two panels of Bosch's triptych, showing Adam and Eve and the Garden of Earthly Delights, can be studied by torchlight in the dark. We need them. I would like to end by quoting the Argentinian poet, Juan Gelman:

This is an edited version of an article which appeared in The Threat of Globalism, a special issue of Race & Class journal, published by the Institute of Relations 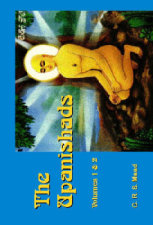