[There is no better English written this side of Shakespeare than that in the King James Translation."
-Charlton Heston 1992]

The 1611 King James Bible is ornamented with Bacon's symbols and in my own special copy of the record edition, also dated 1611, these symbols are Rosicrucianly marked to call the attention of the initiated to them and to tell them that the 1611 Bible is without possibility of doubt, one of Bacon's books.....When Bacon was born, English as a literary language did not exist, but once he died he had succeeded in making the English language the noblest vehicle of thought ever possessed by mankind. This he accomplished merely by his Bible and his Shakespeare." --Edwin D. Lawrence author of Bacon is Shakespeare and The Shakespeare Myth from a lecture October 9, 1912

...The Bible which all of us read and admire from a literary point of view because of it's peculiar and beautiful English was written in that form by Bacon who invented and perfected that style of English expression. The first editions of this Bible were printed under the same guidance and in the same manner as were the Shakespeare plays, and the ornaments for the various pages were drawn in pen and ink and on wood by artists engaged by Bacon who worked under his supervision. Everyone of the ornaments concealed some Rosicrucian emblem and occasionally a Masonic emblem or some initials that would reveal Bacon's name or the name of the Rosicrucians. Such ornaments were put not only in the Christian Bible that Bacon had rewritten but in the Shakespeare plays, and in some of Bacon's own books, and a few other books that were typically Rosicrucinan in spirit.-- Dr. H Spencer Lewis Imperator of the Rosicrucian Order during the 1920-30's, from the Rosicrucian Digest, April 1930

The first edition of the King James Bible, which was edited by Francis Bacon and prepared under Masonic supervision, bears more Mason's marks than the Cathedral of Strasburg.-Manly P. Hall, from a lecture Rosicrucian and Masonic Origins 1929

Bacon edited the Authorised Version of the Bible printed in 1611. Dr. Lancelot Andrewes, Bishop of Winchester, one of the chief translators, was Bacon's close friend. The MSS are missing. That Bacon revised the manuscripts before publication is certain. Neither Bilston nor Miles, to whom the MSS were entrusted for final revision, could have given the world such a literary masterpiece. We have their writings. They are mediocre, barren of style, lacking the creative touch.- Alfred Dodd, Francis Bacon's Life-Story 1986

In the correspondence columns of Baconiana of January 1948, there appeared a letter on the above subject from Earle Cornwall. In it he says:

Here of late I have been reading a bound volume or two of the Baconian booklets, two years earlier Baconiana Magazine, and the Life of Alice Barnham and Thos. Meautys, all from curiosity concerning Bacon's life. He was surely a fascinating character. I have as yet no "Life" of Bacon.

Somewhere I have seen one of those short references to his connection with the translation and publication of King James' Holy Bible, 1611 -- at least the statement that he had some connection with this great work. Yet in my recent search I cannot find any reference whatever to Bacon and the Bible: if he was connected with it he should have credit.

I own a set of Enyclopaedia Americana (1941 latest ed.) which is the counterpart of the Britannica in size and number of volumes. Under "Bacon" I find a generous four-page article by Frederick N. Robinson, Prof. of English, Harvard University; a mention of Bacon's full literary activities, but not a word on Holy Bible. Then under "Holy Bible" dozens of pages by Wm. Berry Smith and under "King James' Version" a record of the 47 translators, "including three or four ancient and grave divines," who worked seven years on the project; again no word of Bacon.

May I, in reply to the inquiry, contribute a little light on the subject? Some years ago, I forget how many, I came to the conclusion that Francis Bacon was mainly, if not entirely, responsible for a threefold undertaking, (1st) the Shakespearian Plays; (2nd) the creation in its present form of Freemasonry, and (3rd) the translation of the Holy Bible into its present well-known Authorised Version. The three were undoubtedly intermingled. All three had very largely the same foundation, the training Bacon received from his foster-mother, Lady Ann Bacon, who was very devoted in her religious beliefs and practise. The young Francis would unquestionably be largely influenced by Lady Ann's guidance.

Bacon evidently knew his Bible very well, and it is my belief that the whole scheme of the Authorised Version was his. He was an ardent student, not only of the Bible but of the early manuscripts. St. Augustine, St. Jerome, and writers of the theological works, were studied by him with industry. He has left his annotations in many copies of the Bible and in scores of theological works. The translation must have been a work in which he took the greatest interest; in fact, it may well be he inspired it. He would follow its progress from stage to stage, and when the last stage came there was only one writer of the period capable of turning the phrases with the matchless style which is the great charm, and is so abundantly evident, in the Authorised Version and the Shakespearian plays. Whoever that stylist was, he produced a result which, on its literary merits, is without a rival.

I have been able, quite recently, to clear up one point of possible doubt and at the same time to establish a claim for its certainty. It was in connection with that 46th Psalm, in which, in the Authorised Version, the 46th word from the beginning is "shake" and the 46th from the end is "spear." Such an arrangement--especially in the 46th Psalm--would be a most remarkable coincidence if it were not intentionally so arranged. In order to satisfy myself on the question, I sought an opportunity of comparing the wording in the Authorised Version with that in one of the earlier versions. I have now been able to satisfy myself that it was not a coincidence at all, but was plainly the result of deliberate planning. I give below, side by side, the wording of the first three and last three verses in the "Breeches" Bible and that in the Authorised Version. In the former the 47 words up to the word "Shake" and the 44 words from "Spear" to the end of the Psalm were altered to 46 in each case in the Authorised Version.

There are thus three 46's in the Psalm, but it is possible, and I hope admissable, to count a fourth 46. It is recorded that there were 47 divines entrusted by King James with the work of translation. If Francis Bacon was counted as one, though he was probably only in charge of the whole undertaking from a literary standpoint, that would leave 46 as the actual divines entrusted with the translation work, with Bacon as the final editor. If this be true, and I feel one is justified in believing it, a very interesting light is thrown on the keen working of Bacon's mind. The trick would be one in which he would take a keen delight. 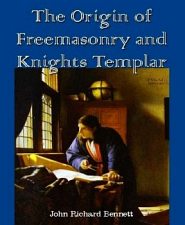