The Case Against Christianity
Karim Reyes

The basics of Christian belief (both Catholic and Protestant) are that 1) Jesus died and was resurrected, 2) Jesus is God Incarnate, 3) Jesus performed miracles of healing, and 4) Jesus, God the Father, and the Holy Spirit form the Trinity of God. Modern evangelicals believe that these doctrines are fully supported by the Bible which is the revealed Word of God. If Skeptics argue otherwise, they are accused of warping the text or viewing it "in the wrong way". In this sense, Christianity is like a Rorshach test where if you do not see the butterfly, you are labeled crazy. However, when we examine the history of Christian belief, we find that it is the doctrines themselves which are warped.

Irenaeus, Bishop of Lyons, (140-202 A.D.) wrote a series of books which opposed the Gnostic movement in the early Church. These books provide great insight into the doctrinal disputes of his day. Gnostics are Christians who from the beginning rejected the Incarnation and the Bodily Resurrection of Jesus Christ as fabrications. They followed Scriptures attributed to Phillip, Thomas, John and Peter, believing them to be the Word of God. According to the Gnostic teacher Basilides, "[Jesus] did not himself suffer death, but Simon, a certain man of Cyrene, being compelled, bore the cross in his stead; so that this latter being transfigured by him, that he might be thought to be Jesus, was crucified, through ignorance and error, while Jesus himself received the form of Simon, and, standing by, laughed at them." (Irenaeus, Against Heresies 1.XXIV .4 ) Other Gnostics believed that Jesus was released after his trial, never having bore a cross. Some traditions say that he lived to be over fifty years old and died a natural death.

"About 320 A.D. there arose a great deal of controversy over whether or not Jesus was God Incarnate. A young presbyter named Arius contended that Jesus was the adopted Son of God and not equal to God at all. He pointed out that even Jesus Himself had said "the Father is Greater than I". The controversy became so heated that the emperor Constantine himself intervened and summoned a synod to Nicea in modern Turkey to settle the issue. Today, Arius' name is a byword for heresy, but when the controversy broke out there was no officially orthodox position and it was by no means certain why or even whether Arius was wrong. There was nothing new about this claim: Origen, whom both sides held in high esteem, had taught a similar doctrine" (Karen Armstrong, A History of God). At the Council of Nicea, the bishops wrote The Nicene Creed. It should be noted that these bishops only represented the christianity of the west, and the bishops of the east continued to contend that Jesus was created by God and therefore not God.

"By 359 AD Arianism had prevailed as the official faith of the empire" with the support of Constantius II. After the death of Constantius, the new Emporer Valens persecuted the Arians in order to clear the way for the return of the Nicene "orthodoxy" (Arianism, Microsoft Encarta). However, a reading of the chronology of the Arian controversy will illustrate that even after sixty years of violent debate, the issue was never finally settled. To this day, there are 22 million Christians in the Orthodox Church who reject the doctrine of the Incarnation. These include the Armenian, Coptic, Syrian and Ethiopian Churches (Eastern Church, Microsoft Encarta).

The Miracles of Jesus

Prior to the modern age, just about anyone could raise the dead or walk on water. Buddha is said to have cut himself to pieces with a sword and then come back to life. Apolonius of Tyana could cast out demons. The Emperor Vespasian healed the blind and the lame. When Joan of Arc passed by, dead infants yawned and came back to life. We can also mention Honi, Septimus Sevi, Caesar Augustus,the Baha'u'lah, Mohammed and hundreds more miracle-working saviors. How commonplace were miracle accounts in the Ancient Near East? Consider this: Jesus was born of the Virgin Mary. How was the Virgin Mary born? Anna, her mother, was lamenting her barreness when an angel appeared to inform her that she shall bear a child and "thy progeny shall be spoken of in all the world" (The Protevangelion IV,1). You have to wonder how Anna was born.

Of all the Gospels written about Jesus, the most relevant is the Gospel of Thomas. Discovered in 1945, scholars date it about 50-70 A.D. making it the oldest and most reliable of all the gospels. "It is a collection of sayings used to instruct newly-baptized Christians. It appears to reflect an early form of Johannine preaching and probably came into being at about the same time as the Q document (the sayings source from which may scholars believe Matthew and Luke drew much of their material)". (The Gospel of Thomas and Christian Wisdom, Stevan L. Davies). According to tradition, the Gospel of Thomas was written by Judas Thomas the Twin who was the brother of Jesus. In this gospel, you will find no virgin births, no trinities, no miracles, and no resurrections. The only thing you find are the words of Jesus.

The writings of Paul also lack any mention of a virgin birth, trinity or bodily resurrection. Most scholars date Paul's writings earlier than any of the gospels. If early Christian traditions omitted these "essential" Christian beliefs, then it seems likely that they were later inventions.

The Christian canon came about in much the same way as the doctrine of the Trinity - after hundreds of years of controversy and debate. The Catholic Church finally settled upon those texts thought to have the most authenticity of tradition. The Church historian, Eusebius of Caesaria, lists the books which were doubtful choices: Hebrews, James, 2 Peter, 2 and 3 John, Jude and Revelation. He also lists the revered Scriptures which were rejected by the Church as inauthentic: 1 Clement, The Shepherd of Hermas and The Didache.

Revelation was a particularly controversial choice. According to the Catholic Encyclopedia, "during the fourth and fifth centuries the tendency to exclude the Apocalypse [Revelation] from the list of sacred books continued to increase in the Syro-Palestinian churches. Eusebius [of Caesaria] expresses no definite opinion. He contents himself with the statement: "The Apocalypse is by some accepted among the canonical books but by others rejected" (Hist. Eccl., III, 25). St. Cyril of Jerusalem does not name it among the canonical books (Catech. IV, 33-36); nor does it occur on the list of the Synod of Laodicea, or on that of Gregory of Nazianzus. Perhaps the most telling argument against the apostolic authorship of the book is its omission from the Peshito, the Syrian Vulgate." But notice the remarkable conclusion to the matter: "But although the authorities giving evidence against the authenticity of the Apocalypse deserve full consideration they cannot annul or impair the older and unanimous testimony of the churches."

The "unanimous" testimony of the churches includes the following statement by the Roman presbyter Caius: "But Cerinthus by means of revelations which he pretended were written by a great Apostle falsely pretended to wonderful things, asserting that after the resurrection there would be an earthly kingdom" (Hist. Eccl., III, 28) Caius is saying that Cerinthus, the Gnostic, forged the book of Revelation. Dionysius, bishop of Alexandria and a disciple of Origen, also asserted that Revelation was written by someone other than the Apostle John.

Even if we were to accept the Bible as containing the authentic teachings of the twelve apostles, our earliest manuscripts date about a hundred years after the original texts were written. How trustworthy are the copyists? Our modern New Testament contains copyist additions such as Mark 16:9-20. A reference to Jesus in Josephus' Antiquities of the Jews (18.3.1) is such a blatant Chrisian forgery that even Christian scholars admit as much. Also, keep in mind that the same Christians that we are trusting with an accurate transmission of the Bible burned down whole libraries full of Gnostic Scriptures. Eusebius, the Church historian, confessed to being more concerned with spreading the Christian faith than recording history accurately.

Modern Christian doctrine, far from being a consensus on Christian belief, reflects only a minority viewpoint. Other Christian groups had different beliefs, different canons and different perspectives. Why was the Western Church so much more successful than its competitors? Neither Gnostics nor Orthodox Christians were very evangelical. But more importantly, the Catholic Church had the backing of the Emperor Constantine and used that power to persecute other Christians. The Catholic Church is also responsible for the destruction of libraries full of competing Scriptures. The fact of the matter is that Christians East and West are clinging to doctrines created by men. Jesus said, "Rightly did Isaiah prophesy of you hypocrites, as it is written,

'This people honors me with their lips,
But their hearts are far away from me.
But in vain do they worship me,
Teaching as doctrines the precepts of men.'" Mark 7:6-7 (RSV)

Some prophecies do come true.

Other Resources Available:
The Case Against Christianity
by Michael Martin

Forgery in Christianity :
A Documented Record of the Foundations of the Christian Religion
by Joseph Wheless

The X-Rated Bible :
An Irreverent Survey of Sex in the Scriptures
by Ben Edward Akerley

The Jesus Legend
by G. A. Wells, R. Joseph Hoffman

Is It God's Word :
An Exposition of the Fables &
Mythology of the Bible & the Fallacies of Theology
by Joseph Wheless

Some Mistakes of Moses
by Robert G. Ingersoll

Losing Faith in Faith :
From Preacher to Atheist
by Dan Barker

The Encyclopedia of Biblical Errancy
by C. Dennis McKinsey

Holy Horrors :
An Illustrated History of Religious Murder and Madness
by James A. Haught

The Christ Conspiracy
The Greatest Story Ever Sold
by Acharya S

The Jesus Puzzle
Challenging the Existence of an Historical Jesus
by Earl J. Doherty 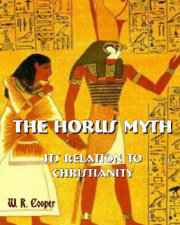