A MINISTER and his wife are to stand trial in Tennessee for stealing a baby from a children's home 20 years ago and raising her to believe that God put her on earth to be their servant.

The girl, who was frequently beaten, denied medical care and never sent to school, served the couple and their four children until she was taken to hospital after attempting suicide last year. According to police, she was physically and sexually abused by Joseph Combs, 50, pastor of the now-defunct Emmanuel Baptist Church, and his wife, Evangeline. The couple kept her a virtual prisoner, said Capt Blaine Wade, of Bristol police. "I don't think she ever really knew it was wrong."

While the couple did not mistreat their children, court documents allege that the kidnapped girl was beaten and kept in seclusion. She was supposed to have been educated at home, but cannot read or write.

In addition to kidnapping and assault charges, which both husband and wife face, Combs has been charged with seven charges of rape. Both have pleaded not guilty. Their trial will be held in September.

According to the indictment, the couple took the unnamed baby from a nursing home in Indiana. The girl escaped twice, in 1992 and 1996, but was returned to the couple by police. Capt Wade said the woman, now 20, has been reunited with her natural parents. 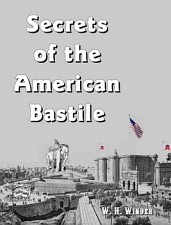