The New Testament Did Not Exist!

Have you ever thought of what Christianity would be today if we had no New Testament? Perhaps, one might question if there would be such a faith as the Christian faith without the New Testament.

What do you suppose might happen if all the New Testaments were to vanish? Could we go on? Could we survive?

Yet, the early church, from the days of the apostles till the fourth century had no New Testament as a collection of 27 books. There are two things the so called "New Testament Church" did not have.

The first thing is the New Testament and the second is "a church." Primal Christians had only the Torah. The five books of Moses.

They had the twenty-two books of the Prophets and Holy Writings that included Psalms, Proverbs, Job, Song of Songs, Ruth, Lamentations, Ecclesiastes, Esther, Daniel, Ezra-Nehemiah and the two books of Chronicles.

Then, of course, they had and used the fourteen books of the Apocrypha. They met and worshipped with the Jews in the Synagogues.

Many times we read in the New Testament statements such as:

When many read these statements, they think it is referring to Matthew, Mark, Luke, John or one of the New Testament epistles.

The New Testament did not exist in those days. The only scripture they had was the Tanach and Apocrypha.


The New Testament church only had the Hebrew Scripture.

If there was a church in your community by any name, who had a sign in front that read:

"This church only teaches from the Old Testament" what would be the response of the community? What would be your response? Would you dare to visit that church? Would you consider
becoming a member?

Do you think that church's pastor would be invited to join the local ministerial association? Probably not!

Yet, can we not put that sign on every church mentioned in Acts and the Pauline epistles?

Any church today that posted and practiced such a sign "we only study the Old Testament" would be considered a cult or an occult.

Some people would become very angry immediately, not giving it a second thought and brand it as heresy.

While when the more moderate would only feel a little sick at the stomach for such a blatant statement.

They would be turned off by such a thought. That is only natural!

That is exactly the response the primitive churches got from their communities!

Do you know of any church today dedicated to in-depth constant study of the Torah, Prophets and Holy Writings of the Tanach or so called Old Testament?

Do you know any church that would treat the scriptures as the Older Testaments and the Newer Testaments as it was so amply state by Rabbi Zalman Shechtcher-Shalomi?

Originally the writers of the Newer Testament, all were Jewish, viewed the Older Testament of the Hebrew Scriptures as the supreme authority of what they wrote.

Much later their writings became the Newer Testament. Their authority was in Torah primarily, enforced by the Prophets and Holy Writings.

Their Newer Testament writings never showed or claimed supremacy over the Older Testament!

They did all their writing in the Jewish mind-set. This attitude always concedes all authority to the Torah!

It never irritates or challenges the authority of the Hebrew Scriptures.

Unfortunately, when the Byzantines, in the fourth century after Jesus, removed the apostolic writings from the Jewish mind-set and< forced them into a Greco Roman mind-set everything changed.

First, they collected 27 of many writings and called the collection, for the first time the "New Testament."

The monks inverted the authority and made the "New Testament" superior to the Hebrew's sacred scripture that they titled the "Old Testament" for the first time.

This implied that the "new" had now replaced the "old." The Jewish< Holy Scripture was now obsolete and abrogated by the New Testament.

Hereafter, the monks only used the Jewish Bible to try to prove the validity of their New Testament. They used the text they had abrogated and nullified.

The purpose of the B'nai No'ach Study Program is to help the non-Jew understand what the Word of G-d means to him. It is an attempt to
get Christians to return to the scriptures and learn "the first principles of the oracle of G-d."

At all cost we must avoid making B'nai No'ach another sect or denomination. B'nai No'ach is our effort to help you to know G-d and know his living Word.

In real life, Vendyl is director of the Institute for Judeo- Christian Research located in Arlington, Texas. 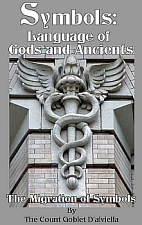