AN ENGLISH EMPRESS IN CAPPADOCIA

The Roman Emperor Constantine the Great made Christianity an official religion. He also turned Istanbul into his capital city and renamed it Constantinople. On the walls of the Serpent Church in the Goreme Open Air Museum in Cappadocia, Constantine is seen together with his mother St. Helen. Between them mother and son are holding the so-called "True Cross" - the cross on which Christ was crucified.

In his oldest representations, Christ is shown not nailed to the cross but as a shepherd with a lamb in his arms. Early Christians actually rejected the representation of a cross which they considered to be a pagan symbol. Before Christianity, the cross was used by different civilizations as a sign of the unity between lateral and vertical spaces and as a cosmic representation of the universe.

Later, Christians came to accept the cross as a symbol of victory against death. The oldest known cross bearing this meaning was made in Palmyra in 134 AD. The cross became a widespread symbol of Christianity following the reign of Constantine the Great.

Constantine became the Caesar of Galia following the death of his father, Constantius Chlorus. Yet, his rule was not recognized by Maxentius, ruler of Italy. On the eighth of October 312 AD, the armies of Constantine and Maxentius met near the Milivia Bridge on the Tiber River, eight miles north of Rome. According to the historian Eusebius, before the battle began, Constantine had a vision in the afternoon of a cross in the heavens bearing the inscription Hoc Vince ("Win by This"). Lactanius, another historian of the time, reported that the night before the battle, Constantine received instructions in a dream to have the chi and rho (the first letters of the Greek name of Christ) inscribed on the shields of his soldiers. Chi and rho when inscribed together, form the shape of a cross.

The tradition of the Christian pilgrimage was started by Constantine's mother Helen, who visited Jerusalem in the year 327 AD at the age of 72. During her visit, Helen discovered pieces of wood in the cellar of an ancient temple dedicated to Aphrodite. It was claimed that these pieces belonged to the three crosses on which Christ and the two thieves had been crucified.

Some scholars have claimed that the pieces of wood discovered by Helen actually belonged to the tree trunks which symbolized the god who was the son and male consort of a great female deity. It was believed that Attis, also known as Adonis, Bacchus, Dionysus, Sol Invictus as well as many other names, died annually on March 25th. In the cellar of a temple dedicated to the mother goddess, this death was re-enacted by the burial of a tree trunk symbolizing the god. The god would be reborn exactly nine months after his death, at the time of the winter solstice.

It is not known whether Helen returned from her pilgrimage or if she passed away in the Holy Land. However, since the ninth century Hautvilliers Monastery at Reims has claimed to be the final resting place for Helen.

Before she died, Helen sent a piece of the "True Cross" to her son Constantine who had it placed at the Sessorian Palace in Rome where Helen stayed during her visits to the city. Constantine converted the palace into a church and today the building is known as S. Greco in Gerusalemme, dedicated to Helen.

Helen was born in what is now Turkey. Her father was an innkeeper at Drapenum in Bythinia, a town that was on the Bay of Izmit, near Istanbul. Constantine later changed the name of the town where his mother was born to Helenopolis.

Perhaps because Helen had spent time in England with Constantine's father where she been particularly favored as a saint, she was then canonized by the Church. The twelfth century historian, Geoffrey of Monmouth, has claimed that Helen was the daughter of King Cole, legendary founder of the city of Colchester and frequently mentioned in English lullabies as "Old King Cole." 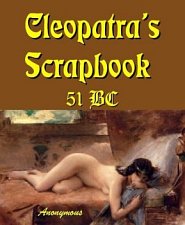