Christianity is a Hoax

the strange case of Mssr. Abelard Reuchelin and his deduction that...

Christianity is a Hoax

"the New Testament, the Church, and Christianity, were all the creation of the Calpurnius Piso family, who were Roman aristocrats. The New Testament and all the characters in it...are all fictional." And so begins one of the most amazing little pamphlets that I've come across in many an aeon. Its conclusions, if true, are astounding, for they shake the foundations of history and make a mockery of the wits and intellects of a great host of epoch bending sages, philosophers, and theologians. Thus the gospel according to one Abelard Reuchelin, an earnest researcher of historic genealogies who specialized in ancient families. he began to zero in on one family in particular, the Piso family of Roman Patricians, who dominated the Roman aristocracy over several generations, producing caesars, consuls, generals, statesmen, philosophers, historians, scholars and bishops of the early Church. blood and marriage relations within the Piso family included Tacitus, Pliny the Younger, Suetonius, Trajan, Vitellius, Vespasian, Julius Caesar's uncle Lucius Piso, Galba Caesar, and on and on. Rome was essentially ruled by the same tribe directly for over two hundred years, and indirectly via the Church up to the present.

what did Mssr. Abelard discover, then? merely that the authorship of the New Testament, and hence Christianity, was an ongoing Piso family project for over two generations, utilizing some of the best literary minds of the age as a battering ram against a series of alarmingly effective Jewish revolutions primarily in Judea, but also spreading to Egypt. the Pharisee party was in a powerful geopolitical position to choke trade routes and a powerful ideological position to challenge a variety of what they viewed as idolatries, with a monotheism that was at its core anti slavery. Roman abuses and the abuses of their puppet regimes had created a tinderbox that could easily be fanned into a full scale insurrection of the Eastern provinces. It was obvious to the patrician strategists that the Jewish ideology had to be countered on its own terms. similar to the fostering of American pacifism in the 1930's by Germany, a messianic splinter religion was planted within Judea which preached a pacifist message. the writings of Matthew, Mark, Luke and John, the subsequent Epistles, the personages including the Christ figure, the apostles, the later important converts, Simon Peter, Saul/Paul, etc. were fabricated out of various Eastern mythologies, and in some cases, the biographies of the conspirators, themselves.

The case for this argument is made stronger by a glaring and obvious body of supporting historic fact, although fact by omission. one of the great conundrums to Biblical research has been the nagging lack of independent contemporary documentation making any reference whatsoever to a nascent Galilean religion. All extant literature dating from before 100 A.D. which makes reference to early Christianity is from the pen of the conspirators, often writing under pseudonyms. Reuchelin claims that the contemporary Jewish General and historian Flavius Josephus is, in fact, Arius Calpurnius Piso. However the real dogbone to this bare cupboard of references to early Christianity is to be found in the strange silence that surrounds researches into the famous Dead Sea Scrolls; leather, parchment and metal scrolls written in Hebrew which have been unearthed in the hundreds, often complete and in excellent condition. here are a records of religious events, important commentaries and chronicles by a sect of Essene scribes and scholars writing in Judea for a hundred years up to 70 A.D. And nowhere is mention made of a new religion, a Messiah, a worker of miracles, a preaching to multitudes, a trial and crucifixion. Nothing. this silence is a great embarrassment to Biblical scholars and is treated extremely gingerly by the Biblical academic community.

Perhaps Abelard Reuchelin is on to something. you can decide for yourself by getting the pamphlet and a package of photocopied abstracts from the Abelard Reuchelin Foundation, Box 5652, Kent WA 98064 or Vector Associates, Box 6215, Bellevue, WA 98008. 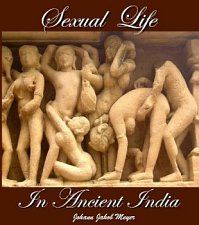