RELIGION IS MENTAL ILLNESS
GOD IS A PSYCHOPATH

The following is the legacy of "religion":

Christianity - The Roots of Anti-Semitism

"With the wrath of an Old Testament prophet, historian Dagobert Runes (whose mother was killed by the Nazis) blamed the Christian church for the Holocaust. He wrote:

"'Everything Hitler did to the Jews, all the horribly unspeakable misdeeds, had already been done to the smitten people before by the Christian churches. . . . The isolation of Jews into ghetto camps, the wearing of the yellow spot, the burning of Jewish books, and finally the burning of the people - Hitler learned it all from the church. However, the church burned Jewish women and children alive, while Hitler granted them a quicker death, choking them first with gas.'

"'The clergymen don't tell you whom to kill; they just tell you whom to hate,' he wrote. 'The Christian clergymen start teaching their young at the tenderest age that THE Jews killed the beloved, gentle Son of God; that God Himself, the Father, punished THE Jews by dispension and the burning of their holy city; that God holds THE Jews accursed forever . . . .'

"'For all the 2,000 years, there was no act of war against the Jews in which the church didn't play an intrinsic part. And whenever there was a trace of mercy, charity, or tolerance to be found amid the savagery, it came not from the church but from humanitarians in the civil world, as in Napoleonic France or during the American Revolution. . . .'

"'Some fancy that these brutal outrages . . . occurred only in the Dark Ages, as if this were an excuse. Nay, when George Washington was president, Jewish people were burning on the spit in Mexico . . . Wherever there are Christian churches there is anti-Semitism.'"

"The massacre at Dueima in 1948 was perpetrated by the official Labor Zionist Israeli army, the Israel Defense Forces (Tzeva Haganah le-Israel or ZA-HAL). The account of the massacre, as described by a soldier who participated in the horror, was published in Davar, the official Hebrew daily newspaper of the Labor-Zionist-run Histadrut General Federation of workers:

"'They killed between eighty to one hundred Arab men, women and children. To kill the children they [soldiers] fractured their heads with sticks. There was not one home without corpses. The men and women of the villages were pushed into houses without food or water. Then the saboteurs came to dynamite them.

"'One commander ordered a soldier to bring two women into a building he was about to blow up. . . . Another soldier prided himself upon having raped an Arab woman before shooting her to death. Another Arab woman with her newborn baby was made to clean the place for a couple of days, and then they shot her and the baby. Educated and well-mannered commanders who were considered "good guys" . . . became base murderers, and this is not in the storm of battle, but as a method of expulsion and extermination. The fewer the Arabs who remain, the better.'"

Source: The Hidden History of Zionism by Ralph Schoenman.

Slavery by the "Good People"

"In another area of human rights, many Christian clergymen advocated slavery. Historians Larry Hise notes in his book, Proslavery, that ministers 'wrote almost half of all defenses of slavery published in America.' He listed 275 men of the cloth who use the Bible to prove that white people were entitled to own black people as work animals."

God is a Psycho

"In December 1984, on Mohammed's birthday, Khomeini told his people:

"'War is a blessing for the world and for all nations. It is God who incites men to fight and to kill. The Koran says, "Fight until all corruption and all rebellion have ceased." The wars the Prophet led against the infidels were a blessing for all humanity. Imagine that we soon will win the war. That will not be enough, for corruption and resistance to Islam will still exist. The Koran says, "War, war until victory! . . ." The mullahs with corrupt hearts who say that all this is contrary to the teachings of the Koran are unworthy of Islam. Thanks to God, our young people are now, to the limits of their means, putting God's commandments into action. They know that to kill the unbelievers is one of man's greatest missions.'

"Amid all the killing, Iran also declared war on sexuality. Women were commanded to shroud themselves so completely that no lock of hair showed. Morality patrols in white jeeps cruised streets, arresting women for being 'badly veiled' and sending them to prison camps for three-month rehabilitation courses. Western magazines entering Iran went first to censors who laboriously blacked out every woman's picture except for her eyes."

"'Religion is based . . . mainly upon fear . . . fear of the mysterious, fear of defeat, fear of death. Fear is the parent of cruelty, and therefore it is no wonder if cruelty and religion have gone hand in hand . . . . My own view on religion is that of Lucretius. I regard it as a disease born of fear and as a source of untold misery to the human race.'" 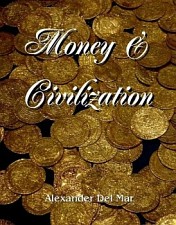