What do televangelist Pat Robertson and a ruthless dictator have in common?

Diamonds, for one thing

Who would expect to find diamonds on the souls of evangelical American missionaries in Zaire? Situated in the bull's-eye of Africa, Zaire has 43 million citizens scratching out a living on roughly $500 a year apiece. Zaire's cruel, old-style dictator, Mobutu Sese Seko, however, does not subsist on $500 a year - he has many millions stashed away, and right now he makes a decent income off his country's roughly $300 million-a-year diamond trade. Now, with Mobutu's permission, Zaire's diamond business has a new entrant - Pat Robertson, the American televangelist and ex-presidential candidate.

Backed by the CIA, army general Joseph-Desire Mobutu took over the Republic of the Congo in 1965 and later called himself Mobutu Sese Seko. In 1971 he renamed the country Zaire. Throughout his rule, Mobutu has dealt brutally with opponents, civilian and military. His country's mineral wealth and location kept Mobutu valuable to Western interests for years, but when the threat of communist expansion disappeared, his worth diminished. By 1993 his horrific human-rights record and his refusal to yield the throne had led to an economic squeeze of Zaire by three major trading partners - the U.S., France and Belgium. Largesse from lenient banks dried up. Desperately casting a net for new friends, Mobutu found Robertson. Makau Mutua, projects director of the Human Rights Program at the Harvard Law School, says that currently "Robertson is Mobutu's biggest American catch."

The association of dictator and preacher began with a Robertson relief group, Operation Blessing, a branch of which has botched a corn-cultivation project on a 50,000-acre farm outside the capital, Kinshasa. Last year during the Rwandan refugee crisis, Operation Blessing expanded its humanitarian efforts to Goma but was criticized for spending too much money on transportation, pulling its workers out too soon and proselytizing. "They were laying on hands," an American aid worker recalls, "speaking in tongues and holding services while people were dying all around." Many relief agencies are notorious for mismanagement and backbiting, but even considering that, Operation Blessing drew a considerable volume of negative reviews from fellow Samaritans.

Another Robertson organization working in Zaire is the African Development Co. Around the world, Robertson has substantial business interests (in the U.S. he controls TV's Family Channel, the Ice Capades and KaloVita, a venture selling vitamins and skin creams from the Holy Land), and ADC is a private enterprise formed to look into investments in mining, lumber, agriculture, transportation and power generation, with an eye to plowing the profits back into humanitarian efforts. A nascent diamond-mining operation in Zaire is a project of the ADC. Located on a river southeast of the boomtown of Tshikapa in the heart of Zaire's diamond country, the project uses state-of-the-art dredges and diving equipment. Robertson is also exploring gold interests on the upper Zaire, or Congo, River, and assessing the hardwood logging potential of four great swaths of rain forest.

Robertson could hardly engage in these activities without Mobutu's help. "Diamonds are Mobutu's principal source of revenue," says William Harrop, who served as U.S. ambassador to Zaire from 1987 to 1991. "It is virtually impossible to operate in that field without his permission." One man who helps run ADC in Zaire is Bill Lovick, a former Assemblies of God minister who was dismissed from the church in 1985 for "a lack of ethics in raising Assemblies of God monies," according to a letter dispatched to him on Nov. 22, 1985, from the church's district secretary-treasurer. Lovick told TIME that the government granted Robertson the forest concessions and had been generally helpful. "It's been a very good thing for the President," Lovick says, "and a very good thing for Dr. Robertson." It has not been a good thing for other missionaries, who fear that the people will believe they too are in league with Mobutu.

An American executive recounts a trip to Zaire with Robertson some years ago that began in Paris, where the minister, his wife Adelia and an entourage of 15 boarded one of Mobutu's personal planes, a Boeing 707. On the visitors' arrival, Mobutu received them on the presidential yacht. There was a ride up the Congo to visit a presidential estate and, in an unusual gesture of official hospitality, Mrs. Mobutu actually prepared several of the dishes served to the guests. "The atmosphere was very congenial," says the executive, long a supporter of Robertson's. "Pat Robertson and Mobutu get along extremely well. Mobutu was interested in bringing in people to get the mining and agriculture operations going again."

Robertson told TIME that his organizations "do not engage in domestic politics with governments - whether it be Angola, South Africa or Zaire," and that they operate "under strict ethical guidelines" that meet "all legal requirements imposed by governmental agencies." Consorting with a dictator like Mobutu, however, just might raise the eyebrows of a more supreme authority. 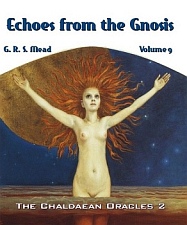