Is God Just?
by Karim Reyes

In the Old Testament, God orders the massacre of entire nations, tribes and peoples. Some examples are the slaughter of the Amelakites, the Canaanites, the Midianites and the Gibeonites, including their women and children. The common explanation for this barbaric behavior is to make a distinction between god's love and god's justice. These nations were engaged in all sorts of immoral practices, including human sacrifice. God was simply using Israel as a tool to punish them. It is true that in Deuteronomy 12:31 God expressly condemns pagan behavior, saying: "Thou shalt not do so unto the Lord thy God: for every abomination to the Lord, which he hateth, have they [the pagans] done unto the their gods; for even their sons and their daughters they have burnt in the fire to their gods". However, the Old Testament is far from consistent in this denunciation of human sacrifice. As we shall see, God's people were guilty of the same practice which they were supposedly punishing.

The commandments in Leviticus specifically deal with the method by which offerings and sacrifices should be made to the Lord. Leviticus 27:28-29 reads: "Nevertheless, anything which a man sets apart to the Lord out of all that he has, of man or animal, or of the fields of his own property, shall not be sold or redeemed. Anything devoted to destruction is most holy to the Lord. No one who may have been set apart among men shall be ransomed; he shall surely be put to death". In Exodus 22:29 God commands "thou shalt not delay to offer the first of thy ripe fruits, and of thy liquors; the firstborn of thy sons shalt thou give me". Clearly, taken together, these two statements mean that the firstborn children of Israel were to be sacrificed before the Lord and that they could not be redeemed.

But even if human sacrifice was written into the Law, was it ever actually performed? Ezekiel cries out that "[the Lord] also gave them [Israel] statutes that were not good and ordinances by which they could not live; and I pronounced them unclean because of their gifts, in that they [Israel] caused all their first-born to pass through the fire so that I might make them desolate, in order that they may know that I am the Lord" (Ezekiel 20:26). So Israel did indeed pass their children through the fire. And for what reason? So that they would know that God is the Lord. In other words, God commanded these children be tortured and killed so that Israel would know who was in charge! Are these the actions of a loving God or a tyrannical dictator?

An example of a child sacrifice occurs in Judges 11:30-39. "Jephthah vowed a vow unto the Lord, and said, If thou shalt without fail deliver the children of Ammon into mine hand, Then it shall be, that whatsoever cometh forth of the doors of my house to meet me, when I return in peace from the children of Ammon, shall surely be the Lord's, and I will offer it up for a burnt offering. So Jephthah passed over unto the children of Ammon...and the Lord delivered them into his hands...And Jephthah came to Mizpeh unto his house, and behold, his daughter came out to meet him with timbrels and with dances:...And it came to pass at the end of two months, that she returned unto her father, who did with her according to his vow which he had vowed". Notice the nonchalantness with which Jephthah concludes this grim business. It parallels the attitude of Christians who are unfluttered by the barbaric behavior of their God in the Old Testament.

In II Samuel 21:8-14 "the king [David] took the two sons of Rizpah...and the five sons of Merab...and he gave them into the hands of the Gibeonites, and they hanged them in the mounatain before the Lord, so that the seven of them fell together; and were put to death in the first days of harvest...And after that God was moved by entreaty for the land". When seven men are slaughtered in cold blood in order to appease God in hopes that he will end a famine, it can only be called human sacrifice.

A final example appears in Numbers 31:28 "Take a count of the booty that was captured, both of man and of animal...And levy a tax for the Lord from the men of war who went out to battle, one in five hundred persons and of the cattle and of the donkeys and of the sheep; take it from their half and give it to Eleazor the priest, as an offering to the Lord...And the human beings were 16,000, from whom the Lord's levy was 32 persons. And Moses gave the levy which was the Lord's offering to Eleazor the priest, just as the Lord had commanded Moses." 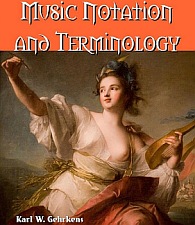