At first, Pond denied any wrong-doing. However, charged with two first-degree felony counts of forcible sodomy, Pond plead guilty on Friday, November 22, to a reduced charge of one count of forcible sexual abuse, a second-degree felony. By plea bargaining Pond received assurance from prosecutors they would recommend probation and counseling rather than prison.

First put on leave by the Mormon church, Pond later resigned. Church officials also withdrew his radio programs nationwide from more than 600 stations. As the host of the church's radio program Pond had spoken regularly against pornography, child abuse and related themes.

Nevertheless, police and prosecutors alleged that for three years Pond had been photographing the girl at the radio station every Wednesday, wearing "lingerie, bikini swimsuits, bras and panties" (Stephen Hunt, Salt Lake Tribune, November 23, 1996, p. B2). Pond also had the girl make sexually explicit phone calls to him at the radio station, which he recorded. He paid her $10 per call. On November 6 Pond showed the girl pornography and forced her to perform oral sex on him, according to police reports (Jason Swenson, Deseret News, November 23, 1996).

Though Pond has been producing radio programs for the Mormon church for several years, his sexual problems appear to have started earlier. A female escort danced nude for Pond at the radio station where he worked in December 1992. She was cited in the incident by police for not having a business license (Chip Parkinson, Deseret News, November 16, 1996). Pond's defense attorney in the current case said, "...he hopefully won't have his private life absolutely destroyed because of who his employer is" 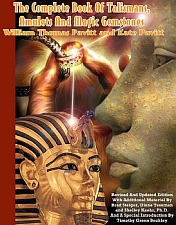