Walk Away
Glossolalia: the gift of gibberish

Strolling through the television one day, I encountered one of the many televangelists available for video perusal. Normally, the image of a TV preacher would grace my screen for several milliseconds at most, but this time something caught my attention. This guy was speaking a little funny. At first, I thought that he was perhaps speaking Spanish. But having three courses under my belt forced me to discount this possibility when I was unable to recognize anything as Spanish. In fact, I could not detect any familiar sound at all, from any language.

Well, I must admit that at one point it sounded as if this preacher — Robert Tilton — had spoken a phrase familiar to those of us with children, "Kowwabunga, dude!" — the famous victory cry of the Teenage Mutant Ninja Turtles. Suddenly, the preacher stopped speaking whatever language he had been speaking and began to talk in completely understandable English. Ah, now I understood. He had been "speaking in tongues," or, to use the psycholinguistic, he had been engaged in an act of glossolalia.

Glossolalia, which usually occurs within a religious context, consists of unintelligible yet seemingly structured speech. In most instances, the speaker is experiencing an altered state of consciousness very much like self-hypnosis. The origin of glossolalia is commonly attributed to the early Christian church. It was first mentioned in Acts, when the apostles, on the day of Pentecost, "began to speak with other tongues." The bizarre behavior gained credence and spread when Paul claimed that he and others were able to interpret messages delivered in an "unknown tongue." Through the centuries, the popularity of glossolalia has fluctuated, but it has never disappeared.

The most recent resurgence of tongue-speaking took place in the 19602 when it was spewed out of the mouths of thousands of Pentecostals at numerous tent revivals held throughout that decade. Interested members of other religious groups adopted the practice and incorporated it into their own system of worship. And, as I found out, glossolalists are even on TV. While the existence of speaking in tongues may not be a revelation to some people (there are more than four million speaks of glossolalia in the U.S. alone), many are unaware that the phenomenon is a global one, not attached exclusively to Christianity. All cases, however, share a disputation of genuineness.

What concerns us here, depiste the fascinating psychological and social dimensions of glossolalia, is the linguistic feasibility of the event. Is it a language? More specifically, since the ascertainment of an existing language would be relatively straightforward, if it is a language, is it one that the speaker knows or has been exposed to? Is it language-like? Does it follow any reasonable phonological, morphological, or syntactic pattern? Does it differ significantly (linguistically) from the speaker's native language? Are there any aberrant, alien phonemes? In short, is glossolalia an example of a strange linguistic reality, or is it a display of self-induced vocal hysteria, an ejaculation of gibberish?

Speaking a language foreign to one's native tongue without having ever learned it or ever having heard it is technically called xenoglossia, and not quite the same thing as glossolalia. The two types of verbal abnormalities are often linked together because the Bible is unclear whether the apostles were speaking in an unfamiliar foreign language or all uttering in one unknown tongue. Either way, there has been only one credible account of anyone speaking a foreign language with no previous exposure to it. This one exception was a Jewish woman who, under hypnosis, slipped into another personality able to speak in Swedish. The typical claim usually turns out to be a hoax.

One of the characteristics of glossolalia is that it can resemble known languages, since there are only so many speech sounds physiologically possible. Not surprisingly, glossolalists may string together certain consonant-vowel combinations that are phonemically similar to a foreign language. Equally likely would be the possibility of a glossolalia-produced meaningful unit, a short word fully recognizable from a foreign language. Of many possibilities might be the hearing of the word para or por, both variations of the article for, amidst a glossolalia string. Despite the preponderance of unfamiliar "words" (and phonemes), the listener might attribute to the speaker the ability to speak Spanish. Akin to this kind of "successful" linguistic search are the notorious discoveries of hidden messages in record albums played backwards.

The unlikelihood of xenoglossia does not rule out the claim that glossolalists are speaking some type of language. After all, one would not expect the tongues of angels to be as culturally or geographically specific as German or Spanish. No, this language should be universal in nature, potentially understandable by everyone, with a vocabulary completely different from all other languages. Like every other rule-based language, even the angels would need a regulated system of lingual communications in order to maintain any semblance of order, lest all hell break loose. Within the speech of millions of glossolalists should be found a grammatical set with shared sounds, shared words, and a shared structure.

Syntactical analyses of glossolalia have yielded no linguistic patterns of tongue-speakers. Unfortunately, the architecture of a glossolalia blurb is rather inscrutable and nearly impossible to break down into sentences or phrases. And yet, most listeners and linguists agree that speakers of tongues incporate grammatical elements into their speech that would seem to be indicators of a syntactical arrangement. There are the necessary inflections and pauses and rhythmic cadences that appear to organize the verbiage into macrosegments (sentences), microsegments (words), phonemes. One theory explains the metered vocalization as symptomatic of a rhythmical discharge of subcortical strucutres operating during a trance state. If speech is biologically interrupted, it could appear to be a sentence pause. It would certainly be hard to catch "words" being cut off or notice illogical breaks in expression when neither can be identified.

Since sentences and phrases are generally composed of smaller units called words, semantical research on microsegments might isolate a glossolalia glossary (minus the definitions). If, on the other hand, a study of glossolalia should support the hypothesis that there is no lexicon among its practitioners, a larger assumption could be made that sentences are inconceivable without words. The evidence is mixed. One case study that inventoried identifiable (repeated) microsegments would commit no more than to say that "glossolalia is at least remotely language-like." Other findings, based on both longitudinal and comparative studies, have elicited less tepid conclusions from researchers who believe that "a vocabulary does seem to be operative" within and among glossolalists. They provide one example of a "word" shared in slightly altered form from various tongues-speakers across America. The word is "shun-da" and eight different variations are offered. Unfortunately, we are never told what this word means, if indeed it means anything at all. Neologisms (newly coined words) are the trademark of glossolalia. Meanings are another story.

The strongest correlation between glossolalia and language comes from an analysis of phonemes. As mentioned previously, it is statistically probably that glossolalists will reiterate familiar consonant, vowel, or diphthong sounds simly because the vocal tract can only produce a finite base of phonemes. If, however, the tongues of angels is a language unique and apart from all the other known languages in the world, then one would expect glossolalists to reproduce significantly fewer phonemes from his or her native language. This is exactly what Michael T. Motley found in his case study of a 61-year-old male Pentecostal. On the basis of his phonetic analysis, he concluded that glossolalia is language-like. Ultimately, however, he could not concede that glossolalia is a language.

An alternative hypothesis to phoneme expectancy might be that glossolalia is a psycholingual catharsis. Entering into an altered state of uncontrolled, energetic, spontaneous verbal creativity, it seems reasonable that a great variety of sounds could ensue. Temporarily detached from a conscious connection to his or her natural language, the vocal tract of the glossolalist is allowed to contort into otherwise unfamiliar positions. Without basing phonemic expectations within the context of an unknown language, deviant phonemes would be more likely to occur. This does not mean that glossolalia would be any less language-like. It would mean, however, that speaking in tongues is closer to a schizophrenic's word-salad than a divine language. This is not supported by research, which has shown both schizophrenese and faked glossolalia to be much less language-like than (and I hesitate to say this) the real thing.

So, where does that leave us? William Samarin, a long-time researcher into the speaking of tongues, summarizes:

When the full apparatus of linguistic science comes to bear on glossolalia, this turns out to be only a facade of language — although at times a very good one indeed. For when we comprehend what language is, we must conclude that no glossa, no matter how well constructed, is a specimen of human language, because it is neither internally organized nor systematically related to the world man perceives.

Samarin's conjecture is in line with that of most linguists and psychologists, who are impressed with the phenomenon, but not nearly convinced that it represents any type of language. It is an event with meaning and power to those who exhibit the behavior, and to those who claim to be able to understand it. But in the words of Skipp Porteous, a former tongues-speaking Pentecostal minister, "as far as it being any sort of language, that is pure nonsense — it is gibberish." A Teenage Mutant Ninja Turtle could not have put it any better. 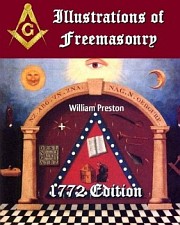