Lee Ray is the pastor of the Tri-City Gospel Assembly Church in Kingsport, Tennesee. Formerly, he was the assistant pastor of the GAC in Des Moines, Iowa, under Lloyd L. Goodwin, and for years was the prinicipal of the GAC school. He passes himself off as a "man of God," and lives off the tithes and offerings of his congregation. Here are some facts about him, which he has not seen fit to repent for, at least not to the people of the GA churches.

I write this with the thought in mind of attracting the attention of the media and the proper authorities. This is already starting to happen. If these things were not true, I would be opening myself up for a lawsuit from Ray; but of course, these things are true. Dozens of people-- if not hundreds-- know these things are true. But no one has done much about it.

Lee Ray is a rapist. He has had sex with at least two girls that were under age at the time, and made sexual advances on at least two others that I know of. I have personally spoken with two of these girls. One lady told me she was forcibly raped (she was under age at the time). Of course, both incidents are statuatory rape. And my opinion is, if we know about four, there are probably many more.

Some of the girls were strong enough to say no; others were not. One girl told Gary King that Ray had sex with her twice; at that point, she was so confused and brainwashed that she actually repented to him for being a temptation! This brave lady told me that when she repented to Ray, he told her "If you ever tell anyone you will be sorry" (sic). One young man that went to the GAC school actually walked in on Lee Ray having sex with another girl. He was then beaten by Lee Ray for what he saw.

I will not pretend to know how these women feel. I will say that I am very proud of those women that are coming forward to expose Lee Ray. I know that you are doing this so that he can never again harm a young lady. This takes a lot of courage. To you I say, what happened was not your fault. I hope that you have come to realize this, if you have not done so already.

Here is some more information on Rev. Lee Ray. The following story is as it was related to me by Gary King.

In the fall of 1997, Gary King was still an elder in the Des Moines church. This was, of course, after Lloyd Goodwin's death. One day, he and his wife went over to an elderly sister's home to pray for her. As they were conversing with her, Gary happened to notice one of her photos that she had on an end-table. It was of a young man. Gary didn't know who it was, so he asked her.

She seemed very flustered about it. She said, "Well, you know who that is." Gary said, "No, I'm sorry, I don't." She replied, "That's Lee Ray's son." Gary was flabbergasted. He didn't know what to say. He knew she was telling the truth, though. As he told it to me, the boy looked exactly like Lee Ray.

Here is what allegedly happened:

Lee Ray had an affair with a woman in the church (the elderly sister's daughter-in-law). She got pregnant. When Lloyd Goodwin and Lee Ray found out she was pregnant, they told her to either "get an abortion or leave!" This poor women opted to leave, rather than to give up her son. The report also is, that this woman told Goodwin and Ray "leave me alone or I will expose you." All of this was about 1981. The way I understand it, in 1981 Lee Ray left also, and went to Florida to be with this woman. Those of you in the church at the time will remember this. When he left, he supposedly said that "Lloyd Goodwin is the most evil man I have ever met."

Lee Ray did not stay gone too long, however. Supposedly, Goodwin offered him a deal to come back. I do know that after Ray came back, Goodwin annointed him to the ministry.

At this point, hearing this story in 1997, Gary King started to realize that there was something very wrong at Gospel Assembly Church. Speaking for myself, the affair was bad enough; but even worse is Goodwin and Ray telling her to either "get an abortion or leave." I know this woman's identity, as do many others, but I will not mention it here. I wonder if this boy even knows who his real father is? I wonder if Lee Ray has ever done anything to care for him?

It might be worth mentioning that I have not just heard this from Gary King, but also others who were there at the time. If anyone really wants to, it would be very easy to prove that this boy does exist, would it not? But I have no desire to make this boy suffer for his father's sins.

Supposedly at one point Goodwin told Ray, "Can't you keep that thing in your pants?!" (Of course, that's like the pot calling the kettle black, as Goodwin was doing it too.)

It is my understanding that Lee Ray's church has a school similar to the one in Des Moines that he was the principal of. Since he has sexually molested under age girls in the past, it does not take too much to imagine that he may still be doing it. We can not stay silent.

I wonder why Lloyd Goodwin ordained Lee Ray as a minister-- since he surely knew about all of this-- not to mention why he let him remain the principal of the school and the asst. pastor of the church. If Lee Ray's victims were to sue him in civil court, would not the Des Moines Gospel Assembly Church be liable as well?

I used to almost worship the ground that Lee Ray walked on. He not only hurt these women and young girls, but he hurt all of us that believed in him. I used to go get his car after church on Sunday afternoons after the service, and wash his car every Saturday. All I have ever wanted is to do the right thing. I feel utterly betrayed by this man who is not a man of God as he pretends, but in my opinion is a con artist and a predator.

I would like to say, in closing, that anyone who goes to his church is supporting him. If, after reading this, you continue to support him with your attendence, and your tithes and offerings, you are a partaker in his sins. Stand up for what is right! Tell him what you think of him, and go find yourself a church with a GOOD pastor in it. 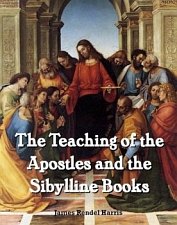