This letter is about how people can be abused by people with authority in the name of Christianity. I am a moderate Christian who does not support hate, intolerance or bigotry toward any person or group because of their religious beliefs whether muslin, Hindu Christian or any denomination of Christianity. I am making a statement about how my family was torn apart by a TV ministry, which could happen to you. If you read this letter carefully I would appreciate any type of feedback whether positive or negative. I will respect your point of view on this subject and give careful consideration to the replies whether pro or con that are sent to me.

It has come to my attention that Mr. Willard Thiessen of "Trinity Television" It's a New Day is expanding his efforts to expand evangelism. I am sending you some information on him, propaganda he is passing out as well as an example of the results of his efforts. What I am sending does not mean that I think all Christian groups, churches, etc. are the same or would condone such practices, on the contrary I get many letters from ministers, priests, reverends, church workers, authors, missionaries and many other Christians who detest and abhor this type of behavior. These people are from North America as well as many other countries such as Australia, Zambia, and the UK. In addition I have also received letters from evangelists who describe their work and totally detest what Willard does.

The following article was written by Lindor Reynolds on the 12 May, 1999 in The Winnipeg Free Press.(Direct Quote)

OOPS...gold teeth no miracle; its 12-year-old dental work. Willard Thiessen had a confession to make yesterday. God didn't give him a gold tooth. His brother Elmer, a BC dentist, did." I'm embarrassed to tears about this," Thiessen, the president of Winnipeg based Trinity Television said yesterday. " I thought I had a miracle"

Last week, Thiessen told viewers of his daytime program that a gold crown and a large gold filling had suddenly appeared in his mouth. He credited God with the dental work. Thiessen's proclaimed miracle follows other claims by evangelical Christians that gold teeth had miraculously shown up in their smiles. There is no biblical significance to this round of alleged godsends. "There are people in various areas where it seems to be there God has been transforming their fillings and crowns into gold. "It's usually dental work that's already there'" he said.

Mary Glazier, an Alaska evangelist, was on Thiessen's program last week discussing the phenomenon and other miracles. Over dinner at Thiessen's home that night the conversation continued "In the midst of an expectation, you can see these things," he said sheepishly. "I don't think I'll ever live this down."

After sharing his good news with his television flock Thiessen talked to his brother the dentist. "He said, 'If you want to give God credit for my work that's fine with me but I put that gold in 12 years ago. Thiessen said he had simply "forgotten" he'd had the work done. " I had an expectant heart I was open to the experience" yesterday morning, Thiessen recanted to his audience. " I told people to please check their dental records before they declare a miracle. Please check with your dentist."

Thiessen remains convinced of the power of prayer. He said he has previous experience with God and dental work. "In the 1970s, my wife Betty had two large cavities in her back molars. " We were poor as church mice and couldn't afford to see a dentist. We were traveling and at a meeting and, when it was done, they were filled."

Thiessen said he remains open to miracles. He's just going to check a little more carefully before spreading the word next time."

If Willard claims that God is his personal dentist would Dr.Sigmond Freud, considered by many to be the father of western psychiatry describe Willard as suffering from delusions of grander.

Here is an example of of conditioning he puts people through in guidelines for them to follow.(Nov. 1998 Newsletter)(Direct Quote}

However is it possible Mr. Thiessen tells you what the lord wants you to do?

Here is a chronological list of events as they occurred to my wife.

1997 My wife converted to Christianity.

1998 Sept. Usha started working at Trinity Television. During the time period from when she started until she left she ignored our 8-year-old boy.

1998 Sept 18 Usha mentioned in her e-mail that Betty Thiessen (Willard's wife) said," If Dave has greater brokeness he might turn closer God." Betty was her advisor and mentor.

1998 Sept. I mentioned that I would divorce her if she continued to act the way she did.

1998 Oct. 18 My wife sent e-mail stating that Pastor Bob Meisner (Willard's son-in-law) said," Hindrances in her life that inhibit her calling to God should be removed.". (Bob is also her advisor and mentor) Usha stated," Dave has been a snare and obstacle in my path for Jesus."

1998 Nov. 1 She wrote in letters in which she was talking to God that we were like snakes and vipers who must be eliminated by fire because we multiply like mice. This is in response to me taking our boy out for Halloween.

1998 Sept. 4 Usha wrote a letter saying that in her conversation with God she must unite with Brent Anderson to save souls for the Lord. He was a cameraman for "Its A New Day."

1998 Nov. 20 Usha deserted me and abandoned our boy so she could commit adultery with Brent. She justifies this according to Matthew 5:12"32 "But I say unto you that whoever divorces his wife for any reason except sexual immorality causes her to commit adultery.

As you can see if a lying power hungry egotistical person who claims to be a Christian and who misuses his power for economic or personal gain the results could be dramatic if people become brainwashed and conditioned. If you infuriated that adultery is claimed to be justified by the lord, god, bible or Christianity by someone who claims to be a good Christian please e-mail me.

If you think that someone uses god and Jesus to break up families is despicable Willard's web site is www.newday.org 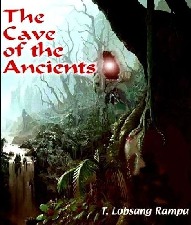