Life as a Hologram
How We Interconnect Despite Distance

This material was written by the late author and researcher Michael Talbot, whose book, The Holographic Universe, you should order RIGHT NOW. I'm not kidding. I found this book years ago, and it was ahead of its time. We are only just now beginning to wrap our minds around many of the concepts he so beautifully illustrates.

His book is sort of a quantum physics guide for the layperson, but it's more than that - he specifically sets out to describe scientific evidence for mystical forms of communication and mystical states of consciousness. And he pulls together, in one place, research that most of us have never heard of - or, if we did, we didn't entirely understand it.

Now, the holographic approach to consciousness is bursting forth on the planet, and healers are starting to work from this level. But Talbot's groundbreaking book started many of us on the path to understanding the nature of holographic reality. Here's an excerpt from one of his chapters, and you can read the rest of it online:

Does Objective Reality Exist, or is the Universe a Phantasm?

In 1982 a remarkable event took place. At the University of Paris a research team led by physicist Alain Aspect performed what may turn out to be one of the most important experiments of the 20th century. You did not hear about it on the evening news. In fact, unless you are in the habit of reading scientific journals you probably have never even heard Aspect's name, though there are some who believe his discovery may change the face of science.

Aspect and his team discovered that under certain circumstances subatomic particles such as electrons are able to instantaneously communicate with each other regardless of the distance separating them. It doesn't matter whether they are 10 feet or 10 billion miles apart. Somehow each particle always seems to know what the other is doing. The problem with this feat is that it violates Einstein's long-held tenet that no communication can travel faster than the speed of light. Since traveling faster than the speed of light is tantamount to breaking the time barrier, this daunting prospect has caused some physicists to try to come up with elaborate ways to explain away Aspect's findings. But it has inspired others to offer even more radical explanations. (end excerpt) 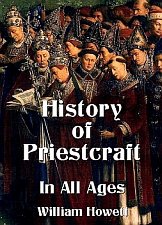