The portion of the scroll that this book is based on relates to prophesy, specifically for our time in history, for the shift from the 2nd to the 3rd millennium. If anyone is uncomfortable with the concept of prophecy in our time, it is equally valid to use the worlds employed by academics and the military, namely remote viewing. The book is a somewhat radical deviation from the way the scholars have traditionally interpreted the scroll in the past.

Isaiah offers insights into our future which have parallels to prophecies from many other traditions, such as the Maya, Navajo, Hopi and Egyptian, all the way to Nostradamus and Edgar Cayce. All of their prophecies had cycles of bad and good times, but there was not necessarily agreement as to which came when.

"I chose to use the Isaiah Scroll because it is representative of what I believe all these prophecies are saying to us, and because it is one of the first. What we find is that more often than not the prophets are seeing tremendous amounts to catastrophic loss of life due to famine, disease, rogue weather and war, and then these are followed by times of peace and gentle weather patterns, cooperation between nations and governments."

Where The Isaiah Effect deviates from the traditional interpretations is that scholars have seen these as linear events; that is, they have seen us going through bad times before we get to the good times.

In 1957 a physicist at Princeton, Hugh Everett, III, suggested that for every moment of our lives there are many, many moments, possibilities and outcomes playing out simultaneously and present for every choice in our lives. They are all happening at the same time, though we are not necessarily aware of them. He called these parallel possibilities. Science fiction immediately adopted these ideas, and like so many others, it has not been proven to be a science fact.

In Braden's interpretation of the Isaiah Scroll, when we focus on one of those possibilities out of the many, this becomes our reality. What this implies is that for every moment of catastrophe the prophets see in our future, while they may well be possible consequences of the choices we are making in our lives right now, there are other outcomes just as possible.

Isaiah is very clear when he says that it is just as possible that we are about to enter a time of unprecedented cooperation between nations, and that war will not even be in our vocabulary. The mystery among the scholars has been how could these prophets speaking thousands of years ago see such different possibilities for the same moment in history?

"What I believe, and am calling the Isaiah Effect, is that the ancient prophets were actually adept masters at slipping between those parallel realities. And, they were giving insight to us in this generation as to what they saw as the possibilities in the only words that they had 2500 years ago. They took it one step further and gave us the science of how to determine which of those possibilities played out in our lives. Every time we make the choices that allow us to move into those new possibilities, we experience the Isaiah Effect."

DO WE CREATE OR CHOOSE OUR REALITY?

"This is where the boundaries between spiritual traditions, religions, quantum physics and philosophy become very fuzzy. One of the things we've been told by proponents of 'new thought' is that we create our reality. What quantum science now says, and what I believe the ancients were saying, is that that is close, but not completely accurate. Rather, for every moment in our lives we live a great many simultaneous possibilities that are all playing out in time. They are essentially dormant in our cosmos, sleeping until we awaken them through choices we make. All our individual choices then become our collective response to a given time in history."

Thus although we may now be witnessing the precursors to some of the most frightening prophecies, other outcomes are available and just as likely. How do we move from one possibility to the other? The clues are in the Isaiah Scroll.

FROM THE DEAD SEA TO TIBET

We lost sight of the relationship between mankind, thought, feeling and emotion and the cosmos when the sacred texts that we had relied upon for our understanding were made inaccessible in the 4th century. As a result, we became a very logic-based society, but the indigenous traditions had preserved those understandings. When the Essenes left the Qumran area to escape persecution, they carried with them copies of entire libraries. Some of them went to Bolivia and Peru, and there are today active Essene monasteries in southern Peru. The Hopi and Navajo traditions also confirm these texts, and others went to the monasteries in the highlands of Tibet for safekeeping for later generations.

In 1998 Braden took a pilgrimage to 12 of these Tibetan monasteries and two nunneries and was shown one of these libraries, and began to understand that the Tibetans not only house the libraries containing Christian and pre-Christian traditions, but they are also living these traditions today. They have incorporated these inner technologies into their daily routines.

"Among the many pieces of wisdom that were lost to the west and preserved for us by the Tibetans is a mode of prayer that is very different from the traditional prayers of the west. It is this mode of prayer that they showed us in their texts that I believe Isaiah was referring to in his scroll. This mode of prayer ties us back into the quantum principles and allows us to participate in choosing the outcome for our moment in history. This is a key in the seminar that I shall be giving in Portland. We will actually participate in this Lost Mode of Prayer and have the opportunity to apply it as a group in a phenomenon that is now called mass prayer."

How does this mass prayer differ from what we are familiar with? "The prayer that we are talking about transcends religion and science and mysticism. It is based on reincorporating human feeling into our relationship with the world. Now, rather than feeling like helpless observers, we have the opportunity to participate in events as they unfold."

The ancient Essenes used the qualities of thought, feeling and emotion to describe how we experience life in this world. Emotion is the power system that drives us forward in our world each day, and that power system has no direction until it is guided by our thought. The union of thought and emotion is feeling. The Tibetans were very clear to distinguish between their prayers and the chants, mantras and mudras they used to get themselves into the right feeling for prayer. They said that their prayer has no outward form because prayer is feeling.

That is interesting because quantum science is now suggesting that human feeling is the way that we move from one quantum outcome to another. Somehow human feeling is related to the outcome that we experience individually and collectively. What we now have is a "technology of prayer," which implies understanding how to do a thing and repeatedly get the same outcome. That is precisely what we are finding as we create specific qualities of emotion and thought in our bodies. That gives us repeatedly and predictably a feeling which Isaiah says is how we choose which outcome to experience at this time, good or bad.

THE LOST MODE OF PRAYER

How is this feeling different from other modes of prayer that we are used to in the West? Primarily in that they ask for something while this new mode invites us to create the feeling in our bodies as if the prayer had already been answered. Visualizations are powerless unless we breathe life into them through the power of emotion and feeling as if those visualizations had already come to pass. If this mode of prayer works as we believe, there is no reason for us to experience the catastrophic predictions because we now have the collective power to change reality. But we must come together to do so through mass prayer, using feeling fueled by the power of human emotion. This is such a powerful tool that in some of our seminars people have experienced a very profound and healing effect just because these people felt new possibilities open in their hearts and gave themselves permission to change.

When we embody a feeling, we attract that reality and the outer world mirrors for us what our inner world has created. We determine what we experience by what we have become in our lives. Whether we choose peace or fear in our personal lives, the world mirrors back to us those same qualities because the world honors the principles of creation. As the ancient Essenes said, "Become peace, for that is the attractor of peace to the world." 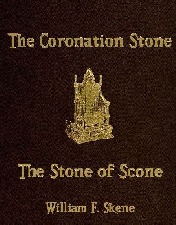