THE ISAIAH EFFECT:
Decoding the Lost Science of Prayer and Prophesy

Despite predictions of worldwide catastrophe, the dreaded "Y2K bug" has actually wreaked far less havoc in the new millenium than have a handful of intentional viruses and hacker attacks. In a like manner, most of the dire prophecies made by renowned seers such as Nostradamus, Edgar Cayce and the biblical prophets have not come to pass at their appointed times. Committed skeptics might cite these facts as proof that prophecy is little more than form of over-hyped speculation, given power by superstition and gullibility. Gregg Braden takes a very different point of view.

The author, whose previous works include AWAKENING TO ZERO POINT and WALKING BETWEEN THE WORLDS, offers an intriguing explanation for such cases of Apocalypse deferred -- one that involves a dynamic relationship between prophecy and prayer. Drawing from recent discoveries in quantum physics, as well as from various wisdom traditions and sacred texts, he asserts that prophecies of global catastrophes and suffering may present us with future events that are possible – but by no means inevitable. In his view, we all have the power to influence whether or not such horrific events will actually occur. That power is the oft dismissed and little understood power of focused prayer, utilized on a mass scale.

Braden believes that the familiar message "prayer changes things" is literally true, but his examination of how it is true is anything but ordinary. Through his deep studies of the Dead Sea Scrolls and other sacred texts, he believes that he has recovered "a lost science with the power to bring a lasting end to all war, disease, and suffering; initiate an unprecedented era of peace and cooperation between governments and nations; render destructive patterns of weather harmless; bring lasting healing to our bodies; and redefine ancient prophecies of devastation and catastrophic loss of life."

One of the Dead Sea Scrolls, known as The Great Isaiah Scroll, is cited as a major key to understanding the first major biblical works of prophecy -- that of Isaiah in the Old Testament. In its incomplete form it has been traditionally been considered to be apocalyptic in its entirety. According to Braden, having the more complete picture afforded by the Dead Sea Scroll material allows us to see a pattern of ideas being expressed, a pattern which gives rise to a surprising possibility. In light of this pattern, rather than depicting a time of devastation and suffering followed by a time of healing and harmony, could it be that the Apocalypse of Isaiah presents us with insights into two possible quantum possibilities – as well as offering a key into how humanity can consciously choose to experience one or the other?

In addition to the Dead Sea Scrolls, evidence is presented from the ancient Tibetan, Mayan and Hopi cultures, among others, to show that this pattern extends into prophetic literature and sacred traditions beyond that of the Bible. The author also takes us further into the dynamics of prayer that were outlined in WALKING BETWEEN THE WORLDS, and expounds more upon his fascinating examinations of its mediating relationship to DNA and quantum reality. While familiarity with that earlier work can be helpful to understanding these ideas, they are so skillfully summarized here that it is not absolutely necessary.

The reader may find that many of the book’s themes and terminology are familiar from other works relating to metaphysics and the new science. Yet it is never the "same old same old". There is always fresh, compelling information in each chapter that gives us deeper insight, and creates a greater context in which to embrace the deeper implications of this synergistic work.

Braden is a former earth science expert and senior computer systems designer who leads tours of sacred sites around the world. It isn’t surprising, then, that he would have a great facility for moving smoothly back and fourth between scientific and metaphysical terminology. That facility is not everyone’s cup of tea, of course. As was true with his earlier works, there is little here that would convince a die-hard skeptic of the "old school" that prayer and prophecy are fit subjects to be discussed in any connection dealing with science.

Fortunately, however, there is a growing openness – even in scientific circles – to examining ideas such as those Braden presents in this book. THE ISAIAH EFFECT will find its most ardent audience among those who don’t view reality as a fixed set of rigid, mechanistic structure – but as a dynamically evolving system where thought and feeling are causative and possibilities are limitless. Braden writes in the language of the spiritual visionary, and his empowering message will resonate with those who are ready to share in that consciousness. 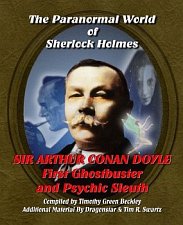 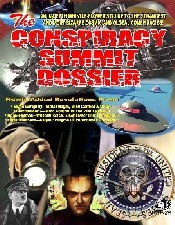