Inside Job
Unmasking the 9/11 Conspiracies

Millions of Americans are drawing their own conculsions about what really happened on September 11th. Award-winning Texas journalist Jim Marrs is no exception. In his latest book, "Inside Job, Unmasking the 9/11 Conspiracies," Marrs "tells all," in the way only HE can!

"Many honest citizens are now forced, with sadness and reluctance, to make an almost unthinkable inference: Powerful US officials must have had foreknowledge of the planned attacks, and then acted from the inside to: thwart efforts to prevent 9/11, remove or cover up criminal evidence, and hamper inquiries into what happened."

Marrs is no "fly-by-night" conspiracy theorist. His books: "Crossfire: The Plot That Killed Kennedy" and Rule by Secrecy" reached the New York Times bestseller list. "Crossfire" has sold 1.5 million copies, since 1990, its theories and findings were featured in Oliver Stone's hit movie, "JFK." "Rule by Secrecy," outlines the hidden history connecting the Trilateral Commission, the Freemasons, and the Great Pyramids.

In another avenue of pursuit, Marrs' investigations led to: The Alien Agenda." His comprehensive journalistic account of the extra terrestrial phenomenon.

Jim Marrs once wrote, “Always question authority – and the higher the authority, the harsher the questions!”

These words are especially relevant in regard to the terrorist attacks of September 11, 2001 which rocked this nation – and the world – to its very core. But, considering how this horrendous event was the most defining and traumatic moment of the 21st century, and also how it set the stage for multiple wars and invasive legislative acts, it is curious how little true investigative work has been presented to the American public from our mainstream media.

Likewise, these same corporate-controlled reporters have absolutely refused to connect-the-dots when verifiable information has been made available to them about 9-11. Their refusal to tackle this subject matter is a blatant example of cowardice at its very worst, and every journalist and talk show host who has participated in this treasonous cover-up should not only be ashamed of themselves; they should also realize that they have surrendered a large part of their soul for not having the courage to expose those who were really behind this atrocity.

Luckily, there are writers and researchers like Jim Marrs who are unafraid to lay-out the grisly facts about 9-11. And yes, this alternate version of events that unabashedly contradicts the government/mainstream media/9-11 commission’s whitewash is quite sobering and troublesome. But we can never forget what happened that fateful morning; and even more importantly, we should pay heed to Jim Marrs’ words about questioning authority.

These inquiries are precisely what the powers-that-be (who were ultimately behind the 9-11 attacks) do not want to confront. Rather, they prefer to behave in exactly the same way that they did with the Gulf of Tonkin, Pearl Harbor, Israel’s unprovoked attack on the U.S.S. Liberty in 1967, TWA Flight 800, the Oklahoma City Bombing, and the Lusitania’s sinking – by avoiding, denying, marginalizing, and disseminating disinformation to prevent people from seeing what actually happened.

As a testament to his fortitude and sense of justice, Jim Marrs has not allowed the guilty parties to sweep this matter under the rug, for Inside Job: Unmasking the 9/11 Conspiracies takes an unblinking look at the deep dark underbelly of State-sponsored terrorism. Rather than accepting the cock-and-bull cover-story of 19 Afghani cave-dwellers who hijacked four jumbo jetliners and traversed the eastern seaboard while our military was conveniently asleep at the wheel (the “incompetence” ruse), Marrs pierces the Air Force stand-down, exposes the implausible Pentagon fallacy, and hammers away at every other element of this grand illusion which has more holes in it than a block of Swiss cheese (including the insider stock trading, shooting down of Flight 93, explosives in the World Trade Center towers, and how many of the supposed ‘suicide hijackers’ are still alive and well).

If these notions trigger a feeling that something (or many things) about the official version of 9-11 don’t add up, then by all means dive into this book and read it from cover-to-cover. By the time you reach the final page, you’ll realize full-well the extent to which we’ve been collectively bamboozled, and the horrific crime that has been committed against us by those we’re most supposed to trust. Thankfully there is no more thorough researcher to bring it all out into the open then the author of Inside Job. Considering the body of work he has produced during his career, Jim Marrs is a national treasure. I only wish there were more people like him in the world, and even more so, more people in the media who had the courage to report his findings to the American public. 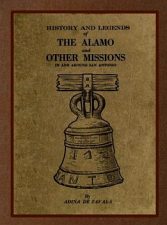