How I Became A Jew

It is a long way from the barbed wire of Auschwitz to the crenellated towers of St James's Palace, but by the end of the month my mother will have made the journey. On 27 January, Holocaust Memorial Day, she will join 600 concentration camp survivors to mark the 60th anniversary of liberation at a private reception at the Palace.

My mother is 80, having been born in Vienna in 1924. She survived not just Auschwitz but Theresienstadt, Bergen-Belsen and Salzwedel. She was 19 when she was transported to Theresienstadt from Vienna in November 1943, 20 when she was liberated from Salzwedel in April 1945. Her story - at any rate as much of it as she is prepared to tell - is contained in a handful of letters she wrote after liberation, one of which, written on 20 November 1945 to my aunt in London, serves as an affidavit of her time in the camps. It includes an account of her arrival at Auschwitz with her parents on 12 October 1944 after two days and one night on the transports:

'We found ourselves in a very bleak area; totally flat, either swampy or covered with huge rocks. We entered the camp by train. It was completely surrounded and subdivided by electric barbed-wire fencing. We saw pitiful starved figures in rags and many SS. We got out but had to leave our luggage on the train, never to see it again. Men and women had to line up separately and were sorted. The boys and the strong ones went into the camp. Everybody else who was sick or weak or over 45 years old (judged by appearance only) went straight into the gas chambers and was then cremated. All small children were also gassed, as they were of no use to the workforce.'

'Our carriage had to line up separately ...There were 50 of us. Of these, six were called out by name, we three were among them. We were lined up with the young ones who went into the camp. The other 44 went to the gas chamber. Then we were led into a bath where we saw Papa for the last time.'

After 18 days at Auschwitz, by some miracle, my mother and my grandmother were given the chance to volunteer for work at Belsen. It is an extraordinary fact that she is one of the few people able to say that, in some senses, Belsen was an improvement on Auschwitz. In the letter of 20 November 1945 she wrote, 'We did have a washroom and, although the water was icy cold, it did not have the foul smell, like in Auschwitz.'

These days she is less forthcoming. When I ask her for more information she clams up. Not long ago at her kitchen table I reduced her to tears with my repeated questions. 'Why are you doing this to me?' she pleaded. 'Why are you torturing me?' But I pressed on. The tears continued to flow and I could see all the loss in those tears, of her father, of her own childhood. I could see the dark depths of horror. 'Mum, this can be good for you - crying is good ...get it all out ... cry....' But my mother has never willingly talked about the camps, and she did not do so at the kitchen table - except to impart one infinitely forlorn piece of information. She tells who the 'Mickey' is in her collection of letters. It is my mother. She is Mickey. Her family sobriquet was 'Maus'. So 'Mickey' was 'Mickey Mouse'. And Mickey was liberated by the Americans!

Why was I torturing her? Was I torturing her? All I know is that the children of survivors need to make sense of their parents' suffering. I spend a little of each day, and sometimes a lot, either racked with guilt about my own conduct in today's society or with paranoia about what the present world might do to us.

'What would I have done?' I ask myself. 'What should I be doing now? What am I doing for those being persecuted today - among them the Palestinians, who are suffering at the hands of Jews? But for a turn of fate, could I have been a Nazi too? What unclean thoughts do I have about Islam and our Arab neighbours? What are my thoughts when I see devout Muslims on our streets in traditional dress, speaking poor English? Am I not looking at myself? Are they not just another separated community of black-coated Hasidic Jews? Did my people not look strange, separate and uncompromising in the central Europe of the 1930s?'

As for paranoia, I see Nazification in odd places, such as letters from the local council, EU regulations, creeping state interference in our lives, the mania for control-freakery by corporations. I am a freeborn, indeed a privileged, Englishman - raised in London, educated at Charterhouse - but part of me fully expects to be imprisoned at some stage in my life for something I haven't done. There is more than a bit of Kafka in all of us Jews. If it is a cold day, I force myself to imagine the feet that trod snow-covered Silesian roads on death marches, or the pain of a Polish winter and sleeping on a plank-bed in louse-ridden barracks of 700 souls. We Jews are not a fun lot.

My own journey of discovery began late. I had no idea I was Jewish until I was 16. So deep did my parents bury their past that for many years I did not know that they had one, at least not one that was out of the ordinary. I remember a summer's day in my childhood when I saw my mother in a bathing suit and noticed for the first time the number on her arm. 'What is that?' I asked her. 'It is my number,' she said. I assumed that every mother had a number.

I was, and remain, a middle-of-the-road Anglican. My parents had me baptised at the parish church when I was six. I was married in the same church, and worship there to this day. It was a teacher - a historian and ex-interrogator of Nazis - who led me to the truth. He was assisting me with my written English, since I had a tendency to use strange, possibly Germanic, constructions; and his questions prompted me to question my parents. Not only was my mother a camp survivor, it turned out, but my father had fled to England from Austria in 1938, only to be arrested as an enemy alien after the outbreak of war. He was eventually sent to a camp in Australia, but he has never blamed the British for his treatment.

Since becoming a Jew, as it were, I have been reading around the subject. Paul Johnson's A History of the Jews (1987) is a good starting place. Martin Gilbert's 828-page The Holocaust (1986) takes courage. I do not think I will ever forget a paragraph in his preface describing a trip to Treblinka: 'I stepped down from the cart onto the sandy soil: a soil that was grey rather than brown. Driven by I know not what impulse, I ran my hand through that soil, again and again. The earth beneath my feet was coarse and sharp; filled with the fragments of human bone.'

Then there is Isaac Bashevis Singer whose stories, translated from the Yiddish, recall the Jewish world in the Warsaw of the 1930s - the richness, the clatter and the colour of a people who no longer exist, in a language that is now all but dead. Visiting Poland today, you will still see the street names, Ulica Krochmalna or Marshalkowska, but you will not see the people who once lived and loved there, or find any record of their lives. Before the war, according to Paul Johnson's book, there were 3.5 million Jews living in Poland; today there are perhaps 5,000. What unimaginable cruelty is contained in those figures!

As we prepare for the 60th anniversary of the liberation of Auschwitz, I am more than ever convinced that we Jews must excise hate. Of course, it is easy for one who has never suffered to talk about excising hate, but I nonetheless believe that I have a duty not to hate. It was hatred that caused the Holocaust.

When on 27 January I take my mother's arm - tattoo number A-25466 - I will think not just of the crematoria and the cattle trucks but of Darfur, Rwanda, Zimbabwe, Jenin, Fallujah. I will pray that each of us who is born of suffering becomes also the end-post for it. If the survivors and their descendants do not lead the way, who will?

This little band of 600 has a terrible responsibility - to live well in the name of those who did not live and to discourage the building of walls and bulldozing of villages. Even more than this, they - and all Jews - need to be the voice of conscience that will prevent Israel from adopting the mantle of oppressor, and to reject the label 'anti-Semite' for those who speak out against Israel's policies in the occupied territories.

For those who went to the death camps were indeed lambs to the slaughter, but they very rarely lost their humanity. It was their very dignity against the worst that man can do to man, more than anything else, which commands the pity we have.

This is how my mother recalls the liberation of Salzwedel: 'At that time some Frenchmen were doing forced labour in the same factory and told us that the Americans were already very close. We could not believe it. We had waited so long for this day and had been so often disappointed that we no longer believed it possible. Then ...the first American tank arrived. There was indescribable rejoicing, shouting and crying; you just cannot imagine it. The SS were arrested; one tried to escape and was shot immediately.

'It was an almost unreal feeling to be free, to take a walk on one's own without the SS, without marching five in a row. We met a really nice German woman who looked after us with food, clothes etc.'

My grandmother, who was liberated at the same time as my mother, lived in St John's Wood until the age of 94 and corresponded for the rest of her life with the German lady who had befriended her outside the gates of Salzwedel. They did not lose their humanity. Why should we? 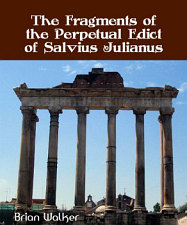