first step: introspection, submissiveness.
second step: stimulation, eager control.
directly relating to the two cosmic truths:
expansion and contraction of all in all.

The Tantric concept of fantasy is not so simple as conjuring up images in one's mind of *hot babes* or *studs*--and (groan) it takes lots of practice. This practice should be begun after attaining at least a fair degree of control over breath, mantra, and meditation. It involves visualization-- imagination on a mundane level, but raised to such a level that it becomes truth. And ('nother groan) this type of fantasy-meditation should be undertaken by the beginner alone and without any direct sexual stimulation.

Tantrikas, poets, artists, philosophers, and quantum physicists, when truly inspired and brilliant, have one thing in common: the ability to intuitively tap into creative levels of altered consciousness. Imagination in its mundane form would be such as sitting around thinking about how great it would be if one got the Lotto numbers correct, or wishing for things that seem out of reach. The honed, conscious practice of creative imagination is called 'inner vision' by Yogic philosophers of old; it is held that when one *thinks visually* rather than yaddita-yaddita mental chatter mode, contact is made with the Source of creativity, wisdom, and transformation.

According to the Kena-Upanisad: "Through knowledge of the Self we obtain power; through inner vision we obtain Eternity." This is a way of expressing that acquired knowledge; that taught by a guru or learned from books, will certainly awaken the true Self; however, only through going deep within one's own mind and heart, can the truth be grasped--acquired knowledge transformed into Knowledge.

Tantric masters throughout history have focused on the inner vision's cultivation and perfection as a twofold process: open introspection of images as they come to mind (submissive), and eager stimulation of imagination through visualization (compassionately dominant). The foundation of the twofold process is the foundation that encompasses the entire universe, from beginning to end: expansion and contraction.

All matter expands and contracts. Siva and Sakthi represent contraction and expansion, respectively; or it may be more accurate to say that these are *aspects* of Siva/Sakthi. Everything born or created expands, and then contracts, over and over again. Atoms, compounds, inorganic and organic life forms, individual men and women, stars, suns, and entire galaxies all have the expansion/contraction nature. During sexual acts, expansion and contraction are rather fundamental!

Seemingly contradictory to the principal of expansion/contraction at first glance, although completely in accord with it, upon deeper examination, is the belief that all phenomena is *empty* by its very nature. The primordial form of emptiness is the primal force of perpetual nothingness, the tension in the moments directly before Creation; continues its existence within the void; and is the source of blissful consciousness. Tantra assigns no negative qualities to this 'emptiness,' but teaches that in order for emptiness to be experienced, consciousness must be put into effect.

Later Tantric doctrines, approximately 2nd Century A.D., taught of the threefold interaction of emptiness--consciousness--bliss. No matter what internal or external object the mind chooses to focus upon, it *must* be taken through the three steps in order. First, recognize the 'emptiness' in the object of contemplation. Emptiness is the space element, or the 'ether,' and permeates all matter, and is greater than all the other elements. Most of the universe is made up of empty space; atoms are largely empty space; and even the human physical body could be seen as a vast void, filled with small concentrations of energy-vibration. Emptiness also dominates the conscious mind much of the time. However, when taken further and deeper, the mind's emptiness is found to be filled with consciousness--from the sub- and un- conscious mind, and with bliss, when one-pointedness and control have been found.

A simple beginning exercise has been prescribed and handed down directly through generations of Tantric spiritual teachers and their students; a description follows:

Sit in Padmasana (full lotus) or lie on the back, arms at sides, palms turned up, as in Savasana (corpse pose). Breathe fully and deeply, blowing out all stale air, drawing vital prana in and down, expanding first the abdomen, then the ribcage, and finally the throat; then releasing the breath in the opposite manner. Concentrate the mind completely on each body part in turn. Tense the body (contraction), then relax completely (expansion). One the body feels harmonious and at ease, be still, slow the breathing, and focus on the mantra of your own breath-pattern.

Concentrate, deeply and fully, on the body. See it as completely empty, see it as the Ether, the farthest reaches of space and time. Empty. A vacuum. See only the outer body, the skin. Hold the picture of your outer body firmly in your consciousness, recognizing it as inherently empty. Then, when you inhale, 'see' the skin expand; and when you exhale, see it contract. Remain detached, use your 'inner eye' or intuitive visualization to observe calmly but with deepening awareness, the picture of your body expanding and contracting.

Next, recognizing that the body is microcosm of the universe, and that the universe expands and contracts, see yourself as a mirror of the universe. Become absorbed therein. Your heartbeat IS the center of the Universe, wherein dwells Brahma, 'in the cave of the heart,' the innermost Self of the void. Then see Brahma, the Creator aspect, open his mouth and speak The Word: AUM. Rays of light flow from his mouth with the word; filling the emptiness within. AUM dwells also within the cave of the heart. See it there. Know, know, KNOW that the Brahma aspect within yourSelf is NO DIFFERENT from the Brahma aspect of cosmology.

Having connected with Brahma, within microcosm and microcasm at once, fill yourSelf with inner visions of creation. The microcasm is filled with elements and energies, hot/cold, fire/water, peaks and planes and oceans; volcanos, deserts, forests, and hills; rivers, gardens, and temples. So, too, is the microcosm, the body. From the heart chakra, focus your full concentration on emanating rays of effulgent light to the outer surface of the body.

See the contours of the body as hills and valleys, the hair as a forest or field, the right eye as the sun, the left eye as the moon. The arteries and veins are oceans and rivers, carrying the holy sanctified waters of your own blood. The internal organs are sanctuaries and temples. The spine is Mt. Meru, the brain the peak of the mountain.

Contemplate the subtle body with its subtle channels, then see the Kundalini at the base of Mt. Meru, ready to begin her eternal ascent and descent. See the inner sun at the solar plexus (power) chakra; the inner moon at the hairline between third-eye and crown chakras. While visualizing thus, remember Brahma at the heart chakra. *See Brahma create each of these, as he created the phenomenal universe*

Of course, although this is a simple, starting exercise, it will take much practice to achieve this degree of one-pointed, concentrated visualization. Remember: simple does not mean easy! Continue practicing, attempting to further your progress a little bit each time. It may come quickly or slowly, but if you continue with sincerity and regularity, it *will* come.

Once you have been able to see the subtle body, with Brahma creating the microcosm and microcasm from within yourSelf, then take another step further.

Upon inhalation, see the vital Prana enter the body from the center of the outer universe. Upon retention, visualize the primordial Brahma-Creator-aspect divide himself into the five life currents, which illuminate and sustain the soul, control the body, and hone the senses. Each current has its own color, bodily function, and sense faculty. They are:

The qualities assigned to each life current are deliberately bizarre, at first glance, even disgusting if taken literally. They are purposely designed this way: the more difficult the correspondences, the more full and productive the concentration required. Once this has been mastered, you'll truly be on your way!

With consistent, regular practice, you will be able to evoke the inner vision at Will. Expand and contract your own i sing and decreasing the scale. Hills and valleys become enormous mountains and vast, yawning canyons; rivers and rain become huge, churning oceans and torrential downpours. And vice versa. Link your emotions and qualities to the inner visions. Assign them characteristics, and focus upon them thusly.

Imagine that your physical body is the entire universe, then contract it to the size of a single atom. Seek further perfection, always! The Self, when expanded and contracted in this manner, becomes more concentrated, more controlled, and increasingly evolutional and transcendental.

The Tantric text Prajnopaya, describes this process thusly: "One must proceed in such a way that the mind doth never swerve; for when a jewel-like mind swerves from the transcendental unity and lapses into contraries and irrelevancies, perfection cannot be attained."

The *active* partner, be that male or female, must fill the mind with inner vision as glyphs of the Siva-Lingam: raging, celestial fire, mountains reaching high and ever-solid, volcanos erupting forcefully. The *passive* partner, again, whether male or female, should fill the mind's inner vision with glyphs of the primordial Sakthi-Yoni: valleys, rivers, pools, softness.

If one is practicing this exercise solo, alternate: keeping only the Lingam-symbols in the mind; then alternating with only yoni- symbols. I emphasize: the Tantras do not say that one must never fantasize about 'babes' or 'studs,' or that one must never engage in lovemaking for simple pleasure, physical release, or plain ol' horniness. The Tantric exercises outlined here, and in all other texts herein, are tools for attaining the transcendental. Although to an unpracticed mind, these practices and images sound like real yawners, I believe you'll find that, if practiced to the ultimate of one's ability, they will become powerful stimulating images, which lift sexual arousal to new heights, serving as a connective agent from physical longing, to spiritual longing; from physical release to cosmic release. There is nothing in this world or the next, like Tantric orgasm.

The Swetaswa-Tara Upanisad states that forms will appear, unbidden and spontaneous, in the 'mind's eye' in the moment before the final vision of resolution: "First a mist, then smoke, a sun, wind, fireflies, a fire, lightning; then clear gemstones, then a moon."

"After one has meditated upon Brahma, visualize the Supreme Yogi and his Cosmic Consort, with all the force of one's soul. By constantly knowing: AUM TAT SAT, This is I, one becomes Siva or Sakthi. A complete consecration of oneSelf takes place after the offering of this flower to oneSelf: 'I am god: all instruments of worship, be they food, perfume, incense, flowers, become divine through my recognition of them as such. I am the abode of god. I *am* god.' Thus should one meditate, bringing everything to god and god to god, making all pure and eternal through the recreation of god in oneSelf." --KALIKA PURANA

Thou art Siva. I am Sakthi. Thou art Sakthi. HUMSA. SOHAM. 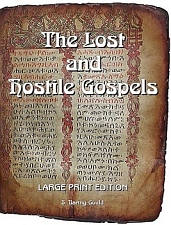