This shouldn't be surprising. The subject of female orgasm is hot stuff these days, especially for women. Despite the fact that the female orgasm was looked on as either non-existent or with fear and loathing in centuries past, and despite an overload of ignorance about it on the part of both sexes, most women have learned that an orgasm is their right. Moreover, they demand one from their partners. And if they don't get one or never experience one, they want to know why.

This can be tough for those men who always thought orgasms were a male prerogative. They have to shift their mental and sexual focus nowadays to ensure there's mutual satisfaction, or they could be history in the sex and relationship department.

For some it has meant expanding their sexual skills in order to explore the deep, dark realms of female satisfaction, an often-daunting safari during which they discover it's connected as much to emotional stimuli as it is to physical.

Wah! said men. Why can't a woman be more like a man? (Apologies to My Fair Lady.)

However, women also learned there's nothing wrong with them if they don't have an orgasm during vaginal intercourse. Despite Freud's insistence that this was the only way women had an orgasm, it's now been confirmed that many do not climax during penetration.

It's now generally accepted that female orgasm is achieved mainly via clitoral stimulation and pressure. This gem of information has released both men and women from a feeling of failure when intercourse failed to bring a woman to climax. No more pounding away in pursuit of an increasingly elusive goal. What a relief!

However, the orgasm has still remained elusive for many women which, in turn, has not only created a whole new world of theories as to why this is increasingly occurring but also a new industry of female-friendly sex toys and creams to ensure or enhance orgasmic success.

The female orgasm has never had such attention or scrutiny since the days of the Kama Sutra -- a refreshing change after years of medically-concentrated focus on male erections, or the lack of them.

When it comes to the scientific world, the female orgasm has been dismissed as a mysterious anomaly with no real purpose in the evolutionary sense. It wasn't essential for procreation, so what was it for? (Only a scientist would ask this.)

Among the theories was the opinion that orgasmic experience encouraged women to have sex so they then could reproduce. Or it might be a way for women to evaluate men as future mates and fathers.

But a female professor has written a book that debunks such long-held theories.

The Case Of The Female Orgasm: Bias In The Science of Evolution by Dr. Elisabeth Lloyd, a professor of biology and science philosopher at Indiana University, analyzed 32 studies on the frequency of female orgasm during intercourse conducted over a span of 74 years. She says they show that scientists have been mistaken in their search for the evolutionary connection for the female orgasm.

Whereas the clitoris was created in order to create stimulation and excitement which would lead to sex and then reproduction, the actual female orgasm has no evolutionary connection. In other words, Dr. Lloyd concludes, the female orgasm is for fun. 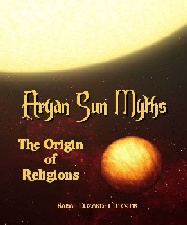