The Meaning of This War

[This essay was published originally in February 1944 in Liberal Judaism, and republished in Susannah Heschel's extraordinary selection of her father's work, called Moral Grandeur and Spiritual Audacity (Farrar Straus & Giroux, 1996). The entire book is made up of gems of Heschel's thought, and its preface - a memoir of what it was like to grow up in his family intertwined with an assessment of his thought-- is a diadem in itself. This particular essay is a classic of Jewish thought on war and violence. Almost 60 years after it was published, as we move through the half-anniversary of the 9/11 terror attacks, it seems especially on point. - AW]

EMBLAZONED OVER the gates of the world in which we live is the escutcheon of the demons. The mark of Cain in the face of man has come to overshadow the likeness of God. There have never been so much guilt and distress, agony and terror. At no time has the earth been so soaked with blood. Fellow men turned out to be evil ghosts, monstrous and weird. Ashamed and dismayed, we ask: Who is responsible?

History is a pyramid of efforts and errors; yet at times it is the Holy Mountain on which God holds judgment over the nations. Few are privileged to discern God's judgment in history. But all may be guided by the words of the Baal Shem: If a man has beheld evil, he may know that it was shown to him in order that he learn his own guilt and repent; for what is shown to him is also within him.

We have trifled with the name of God. We have taken the ideals in vain. We have called for the Lord. He came. And was ignored. We have preached but eluded Him. We have praised but defied Him. Now we reap the fruits of our failure. Through centuries His voice cried in the wilderness. How skillfully it was trapped and imprisoned in the temples! How often it was drowned or distorted! Now we behold how it gradually withdraws, abandoning one people after another, departing from their souls, despising their wisdom. The taste for the good has all but gone from the earth. Men heap spite upon cruelty, malice upon atrocity.

The horrors of our time fill our souls with reproach and everlasting shame. We have profaned the word of God, and now we must give the wealth of our land, the ingenuity of our minds, and the dear lives of our youth to tragedy and perdition. There has never been more reason for man to be ashamed than now. Silence hovers mercilessly over many dreadful lands. The day of the Lord is a day without the Lord. Where is God? Why dost Thou not halt the trains loaded with Jews being led to slaughter? It is so hard to rear a child, to nourish and to educate. Why dost Thou make it so easy to kill? Like Moses, we hide our face; for we are afraid to look upon Elohim, upon His power of judgment. Indeed, where were we when men learned to hate in the days of starvation? When raving madmen were sowing wrath in the hearts of the unemployed?

Let Fascism not serve as an alibi for our conscience. We have failed to fight for right, for justice, for goodness; as a result we must fight against wrong, against injustice, against evil. We have failed to offer sacrifices on the altar of peace; now we must offer sacrifices on the altar of war. A tale is told of a band of inexperienced mountain climbers. Without guides, they struck recklessly into the wilderness. Suddenly a rocky ledge gave way beneath their feet and they were tumbled headlong into a dismal pit. In the darkness of the pit they recovered from their shock, only to find themselves set upon by a swarm of angry snakes. Every crevice became alive with fanged, hissing things. For each snake the desperate men slew, ten more seemed to lash out in its place. Strangely enough, one man seemed to stand aside from the fight. When the indignant voices of his struggling companions reproached him for not fighting, he called back: If we remain here, we shall be dead before the snakes. I am searching for a way of escape from the pit for all of us.

OUR WORLD seems not unlike a pit of snakes. We did not sink into the pit in 1939, or even in 1933. We had descended into it generations ago, and the snakes have sent their venom into the bloodstream of humanity, gradually paralyzing us, numbing nerve after nerve, dulling our minds, darkening our vision. Good and evil, which were once as real as day and night, have become a blurred mist. In our everyday life we worshipped force, despised compassion, and obeyed no law but our unappeasable appetite. The vision of the sacred has all but died in the soul of man. And when greed, envy, and the reckless will to power, the serpents that were cherished in the bosom of our civilization, came to maturity, they broke out of their dens to fall upon the helpless nations.

The outbreak of this war was no surprise. It came as a long expected sequel to a spiritual disaster. Instilled with the gospel that truth is mere advantage and reverence weakness, people succumbed to the bigger advantage of a lie-"The Jew is our misfortune"-and to the power of arrogance-"Tomorrow the whole world shall be ours. " The roar of bombers over Rotterdam, Warsaw, was but the echo of thoughts bred for years by individual brains, and later applauded by entire nations. It was through our failure that people started to suspect that science is a device for exploitation; parliaments pulpits for hypocrisy, and religion a pretext for a bad conscience In the tantalized souls of those who had faith in ideals, Suspicion became a dogma and contempt the only solace. Mistaking the abortions of their conscience for intellectual heroism, many thinkers employed clever pens to scold and to scorn the reverence for life, the awe for truth, the loyalty to justice. Man, about to hang himself, discovered it was easier to hang others.

THE CONSCIENCE of the world was destroyed by those who were wont to blame others rather than themselves. Let us remember, we revered the instincts but distrusted ideals. We labored to perfect engines and let our inner life go to wreck. We ridiculed superstition until we lost our ability to believe. We have helped to extinguish the light our fathers had kindled. We have bartered holiness for convenience, loyalty for success, love for power, wisdom for diplomas, prayer for sermon, wisdom for information, tradition for fashion.

We cannot dwell at ease under the sun of our civilization as our ancestors thought we could. What was in the minds of our martyred brothers in Poland in their last hours? They died with disdain and scorn for a civilization in which the killing of civilians could become a carnival of fun, for a civilization which gave us mastery over the forces of nature but lost control over the forces of our self. A messenger recently came and conveyed the following message from all the European Jews who are being slaughtered in the hell of Poland: "We, Jews, despise all those who live in safety and do nothing to save us."

Tanks and planes cannot redeem humanity. A man with a gun is like a beast without a gun. The killing of snakes will save us for the moment but not forever. The war will outlast the victory of arms if we fail to conquer the infamy of the soul: the indifference to crime, when committed against others. For evil is indivisible. It is the same in thought and in speech, in private and in social life. The greatest task of our time is to take the souls of men out of the pit. The world has experienced that God is involved. Let us forever remember that the sense for the sacred is as vital to us as the light of the sun. There can be no nature without spirit, no world without the Torah, no brotherhood without a father, no humanity without God.

God will return to us when we are willing to let Him in-into our banks and factories, into our Congress and clubs, into our homes and theaters. For God is everywhere or nowhere, the father of all men or no man, concerned about everything or nothing. Only in His presence shall we learn that the glory of man is not in his will to power but in his power of compassion. Man reflects either the image of His presence or that of a beast. Will the voices of those who in this very hour are pushing tumbrels

with shriveled, bare-bone corpses of Jews to a huge grave outside the ghetto walls reach the ears of statesmen?

Soldiers in the horror of battle offer solemn testimony that life is not a hunt for pleasure but an engagement for service; that there are things more valuable than life; that the world is not a vacuum. Either we make it an altar for God or it is invaded by demons. There can be no neutrality. Either we are ministers of the sacred or slaves of evil. Let the blasphemy of our time not become an eternal scandal. Let future generations not loathe us for having failed to preserve what prophets and saints, martyrs and scholars have created in thousands of years. The Fascists have shown that they are great in evil. Let us reveal that we can be as great in goodness. We will survive if we are as fine and sacrificial in our homes and offices, in our Congress and clubs as our soldiers are on the fields of battle.

THERE IS a divine dream which the prophets and rabbis have cherished and which fills our prayers and permeates the acts of Jewish piety. It is the dream of a world, rid of evil by the efforts of man, by his will to serve what goes beyond his own interests. God is waiting for us to redeem the world. We should not spend our life hunting for trivial satisfactions while God is waiting constantly and keenly for our effort and devotion.

The Almighty has not created the universe that we may have opportunities to satisfy our greed, envy, and ambition. Israel has not survived that we may waste our years in vulgar vanities. The martyrdom of millions in this very hour demands that we consecrate ourselves to the fulfillment of God's dream of salvation. Israel did not accept the Torah of their own free will. When Israel approached Sinai, God lifted up the mountain and held it over their heads saying: "Either you accept the Torah or be crushed beneath the mountain."

The mountain of history is over our heads again. Shall we renew the covenant with God? 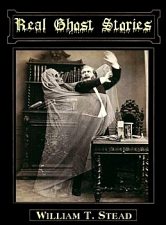