HON. RON PAUL OF TEXAS
BEFORE THE US HOUSE OF REPRESENTATIVES
February 9, 2005

I rise in strong opposition to HR 418, the REAL ID Act. This bill purports to make us safer from terrorists who may sneak into the United States, and from other illegal immigrants. While I agree that these issues are of vital importance, this bill will do very little to make us more secure. It will not address our real vulnerabilities. It will, however, make us much less free. In reality, this bill is a Trojan horse. It pretends to offer desperately needed border control in order to stampede Americans into sacrificing what is uniquely American: our constitutionally protected liberty.

What is wrong with this bill?

The REAL ID Act establishes a national ID card by mandating that states include certain minimum identification standards on driverĺs licenses. It contains no limits on the governmentĺs power to impose additional standards. Indeed, it gives authority to the Secretary of Homeland Security to unilaterally add requirements as he sees fit.

Supporters claim it is not a national ID because it is voluntary. However, any state that opts out will automatically make non-persons out of its citizens. The citizens of that state will be unable to have any dealings with the federal government because their ID will not be accepted. They will not be able to fly or to take a train. In essence, in the eyes of the federal government they will cease to exist. It is absurd to call this voluntary.

This bill establishes a massive, centrally-coordinated database of highly personal information about American citizens: at a minimum their name, date of birth, place of residence, Social Security number, and physical and possibly other characteristics. What is even more disturbing is that, by mandating that states participate in the ôDrivers License Agreement,ö this bill creates a massive database of sensitive information on American citizens that will be shared with Canada and Mexico!

This bill could have a chilling effect on the exercise of our constitutionally guaranteed rights. It re-defines "terrorism" in broad new terms that could well include members of firearms rights and anti-abortion groups, or other such groups as determined by whoever is in power at the time. There are no prohibitions against including such information in the database as information about a personĺs exercise of First Amendment rights or about a personĺs appearance on a registry of firearms owners.

This legislation gives authority to the Secretary of Homeland Security to expand required information on driverĺs licenses, potentially including such biometric information as retina scans, finger prints, DNA information, and even Radio Frequency Identification (RFID) radio tracking technology. Including such technology as RFID would mean that the federal government, as well as the governments of Canada and Mexico, would know where Americans are at all time of the day and night.

There are no limits on what happens to the database of sensitive information on Americans once it leaves the United States for Canada and Mexico - or perhaps other countries. Who is to stop a corrupt foreign government official from selling or giving this information to human traffickers or even terrorists? Will this uncertainty make us feel safer?

What will all of this mean for us? When this new program is implemented, every time we are required to show our driverĺs license we will, in fact, be showing a national identification card. We will be handing over a card that includes our personal and likely biometric information, information which is connected to a national and international database.

H.R. 418 does nothing to solve the growing threat to national security posed by people who are already in the U.S. illegally. Instead, H.R. 418 states what we already know: that certain people here illegally are "deportable." But it does nothing to mandate deportation.

Although Congress funded an additional 2,000 border guards last year, the administration has announced that it will only ask for an additional 210 guards. Why are we not pursuing these avenues as a way of safeguarding our country? Why are we punishing Americans by taking away their freedoms instead of making life more difficult for those who would enter our country illegally?

H.R. 418 does what legislation restricting firearm ownership does. It punishes law-abiding citizens. Criminals will ignore it. H.R. 418 offers us a false sense of greater security at the cost of taking a gigantic step toward making America a police state.

I urge my colleagues to vote ôNOö on the REAL ID Act of 2005. 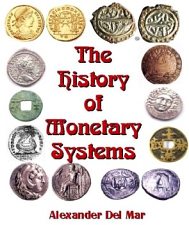